Komphela reveals why he quit Celtic

Golden Arrows coach Steve Komphela has listed his reasons for resigning from his job at Bloemfontein Celtic. 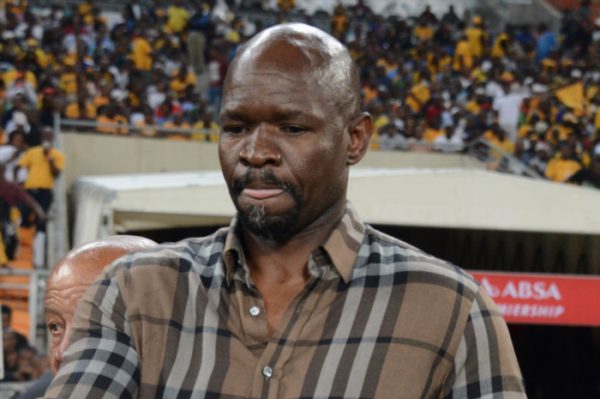 According to Komphela’s resignation letter seen by Phakaaathi, the coach complained about the cleanliness of the club’s training facilities and the condition of the field.

Komphela revealed that some players and staff members are owed bonuses and salaries.

The former Kaizer Chiefs and Maritzburg United coach was disappointed with the departure of defenders Alfred Ndengane and Lorenzo Gordinho who returned to Amakhosi after his loan deal with Siwelele expired. While Ndengane was sold to Orlando Pirates.

APPEAL FOR CHANGE AND RESPECT.

I have tried my utmost best to remain silent and focused on my responsibilities but I get a feeling, I’ll be failing you if I did not write you this letter.
Kindly allow me to bring to your attention a few things I have experienced since my arrival here on the 20th June 2018 which I thought we could have done better and we should:

Our training grounds are in the worst condition ever for a professional club. They are untidy and need maintenance(fields, toilets, offices, walls cracking, floors untidy, the yard, parking areas and premises extremely untidy)

Players bonuses still pending
Some staff members still owed salaries
A lot of my own personal needs and stuff agreed upon and contained in the contract have never been met and NOBODY says anything. The DSTV at my house is consistently shut down.

It is so embarrassing to me to request for basic necessities and items agreed upon before I resumed my service at the club when the club is not even bothered. I get a feeling that we are not open and honest to one another.

The worst imagination in this situation is extremely unsettling.
We were on the verge of not honoring the Maritzburg Utd fixture till we forced the players to go and play that match without having prepared for a full week.

As if that was not enough, the club has decided to sell Ndengane and let him go straight away after we had been told that he would be leaving end of the season. It is also worth noting that Gordinho is going back to Kaizer Chiefs in December and that leaves us very weak in Defence where currently we are the best in the league.

In preparation for the Sundowns match, surprisingly, we have now been moved to camp at another hotel and this hotel is far below the standard of a premier league club. No meeting room, no projector, no sound, Dining area substandard, very poor service. This has a huge psychological impact on the players. It looks so bad and unprofessional. We could not do our usual final prep of looking at the opponents profile.

Even this profiling of the opponents I pay from my own pocket to get all that information from independent ANALYSTS.

I’ve been paying from my own pocket since Chippa UTD, Golden Arrows, Orlando Pirates, Kaizer Chiefs, Black Leopards, Maritzburg Utd and recently Mamelodi Sundowns. It is painful to put so much effort and still see a lot of disregard and disrespect.

All above points are so crucial but at Bloemfontein Celtic we treat them so casual as if there’s nothing wrong. My humble request is to change how we are currently doing things, if we expect players to be professional and respecting and respectful, we need to change drastically.

Our failure to change how we see and do things, sooner than later we shall have serious problems and the team will suffer severely. We work with these players on a daily basis and their regard for the club has deteriorated to levels I had never seen in any club environment.

At the beginning I thought our players lacked respect but I’m starting to realize that we hardly show respect to them and the club. I urge all at the club to be more respecting and highly professional. We cannot go on like this.

It is such a bad reflection on us and slowly causing irreparable damage. Recently I’ve had to intervene and talk to players about being disrespectful. Our players have lost respect for us. They’ve lost trust, credibility in us.

I am in serious TROUBLE of keeping them focused. It’s just a matter of time before things go wrong. Please I beg EVERYONE, LET US DO SOMETHING because we have a unique environment and special supporters who love this team. We cannot accept abnormal as normal. We cannot allow wrongs to be treated as right. We have huge PROFESSIONAL and BUSINESS responsibilities at our different portfolios.

We have accepted wrong things and are behaving as if everything is normal and we doing NOTHING about it. We are facing great danger yet we are so oblivious of these circumstances. IT IS WRONG. IT IS DANGEROUS. WE NEED TO TO TAKE PRIDE AND ACT NOW!!!

I had hoped something happened before it was too late. Unfortunately nothing was done about my advise and did not look like anything was going to be done about the situation at the Club.

SINCE THEN UP UNTIL TODAY THE FOLLOWING ISSUES HAVE EMERGED:

In my letter addressed to you on 03/10/2018 I stated a few concerns and warned you against a possible negative consequence as a result. Today as I write to you, what was stated in that letter is happening. All the grievances I put forward, none has been addressed instead our situation has moved from bad to worse.

On several occasions I had been forced to use my own money to address club problems and struggled to get it back:

Money for Petrol for the grass cutting machine because the fields were in bad conditions and it would affect our training.

Money for fan belt of the grass cutting machine
Money for the busses to transport players both males and females teams.

The last straw was the most recent incident that I could not comprehend was before we went to play Cape Town City.

We almost missed the flight to Cape Town because players said they would only go to Cape Town when the agreed amount of bonuses had been paid.

To my surprise, the money was paid on Friday so that we could travel to Cape Town. My bemuse was that, if the money was not available a day before, where all of a sudden did it come from. A sign that preparation at Celtic is not important.

On top of that, everybody received partly their bonus and I didn’t receive mine and beyond that, no one communicated to me anything, regarding the player’s’ status nor my own personal circumstance.

This to me can not be normal at all. I find it very careless, disrespectful, not courteous, unprofessional and undermining. Abnormal can never be normal.

I see no hope or possibility for change and sad as is, I could not continue to work under such conditions. It would be very disrespectful to the Celtic supporters and Coaching as a Profession.

Apart from the documented preparation problems, most of what had been agreed.