The Futsal League will be exclusively brought live across all Tab and Betting World outlets from as early as 9am. 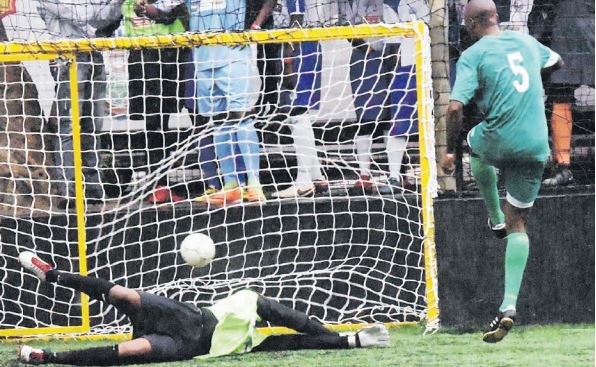 After seeing a gap in terms of live soccer matches, Phumelela, in conjunction with Tab Betting World, have launched a new sports channel for Futsal: Sportslive, which is due to start on February 4.

The Futsal League will be exclusively brought live across all Tab and Betting World outlets from as early as 9am. And they will also broadcast a selection of matches from the French, Spanish, English and various Asian leagues.

Phumelela marketing and public executive Rob Scott says the idea came after going around their outlets and seeing customers watching re-runs of soccer matches every day.

“There is a very limited number of live soccer matches broadcast nine to five on weekdays. It’s one replay after the other.

“In fact, on most days, customers in our shops have to watch replays of the replays. There is hardly any fun in watching a match that you know the result of.

“So, we wanted to give our customers something to look forward to and proper live game action,”said Scott. “The fact that we will be broadcasting the new Premier Futsal League, is an added bonus for our customers as they will not only be able to watch the games live, but they will also be able tot bet on them.

“We will offer a variety of pools, including the new popular Soccer Four and Soccer Six pools on the Premier League Futsal. The best part is that payouts will be done on the same day the matches are played.”

Another decision for betting companies to introduce the new sports channel and the league is to create employment for the communities for Gauteng at the moment, with the view of expanding it nationally in the future.

“We also want to give to the community, and these kids that are playing here are unemployed. We also have guys who used to play on the Premier Soccer League and the lower leagues. So, there is some really good talent here. What is good about it is that they will be getting paid to play every month. What it means is that we want to entertain our customers.”