The Mamelodi Sundowns coach was critical of the poor state of the pitch at Stade Felix Houphouet-Boigny in Abidjan. 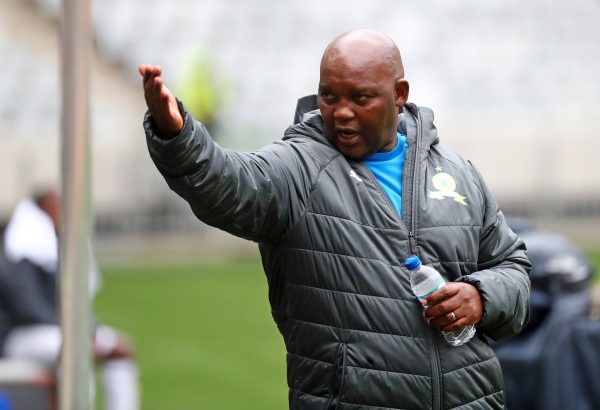 This comes after the Brazilians played to a 0-0 draw with ASEC Mimosas in a Group A match on Tuesday evening.

“The conditions are difficult for anybody to come here,” Pitso Mosimane said in the post-match press conference.

“I don’t think that Wydad will survive here. They’re also technical, they will struggle with the ball bouncing. The humidity will also be a challenge for them. It was too hot for us. We survived. I think that they’ll beat Wydad, and ASEC can also win in Lobi Stars.”

Mosimane also credited his opponents for giving his team a tough game in Abidjan.

“We couldn’t come to Asec and play like we’re intelligent people,” Mosimane said. “I said it before in the pre-match press conference that we come with respect to ASEC. But I always knew – because I watched their game in Morocco, I watched their game against Lobi Stars and I also watched the game we played against them – once or twice they make mistakes at the back and give the ball away.

“So we knew that they have wrong passes sometimes at the back and it’s dangerous. But on the opposite side, they are very good on set pieces. We were fortunate that they had a striker who was suspended, because if he had played, they are strong up front. We knew that we had to monitor their attack well. If you do that well, then you’re okay,” concluded the former Bafana Bafana mentor.

ASEC and Stars are on four points with two matches to go.

Sundowns’ remaining two matches will see them host Stars at home and then travel to Casablanca to take on Wydad.