Notoane happy with turnout for Under-23 camp

Notoane says some overseas based players are expected to arrive later on Tuesday. 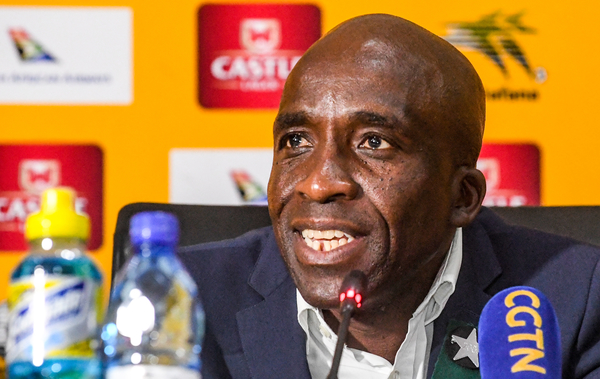 National Under-23 team coach David Notoane is pleased with the turn-up of the players for the camp ahead of their 2020 Tokyo Olympic back to back qualifier match against Angola on Friday in Luanda and March 26 at the Bidvest Stadium.

Notoane says some overseas based players are expected to arrive later on Tuesday.

“A lot of them were booked to arrive on Monday and Tuesday. But everything is going well. We can confirm that Kabelo Seriba (based in Latvia) has already arrived. And the other ones will be arriving later today,” said Notoane.

READ: Mabasa surprised by Under-23 snub

The Under-23 coach also revealed that SuperSport United midfielder Teboho Mokoena has been given some time off to recover from an injury he sustained during his team’s match against Kaizer Chiefs last Friday, but he will be fit for the upcoming matches.

“Teboho has a slight knock from Friday’s game, but he should be okay. We are keeping him clean for a game or two to allow him to recover.”

The team played a friendly match against the senior team on Monday which ended in 1-1 draw.

Notoane and his troops will fly to Angola on Wednesday.