Mathematically Tshakhuma can finish first and win automatic promotion to the Absa Premiership next season. 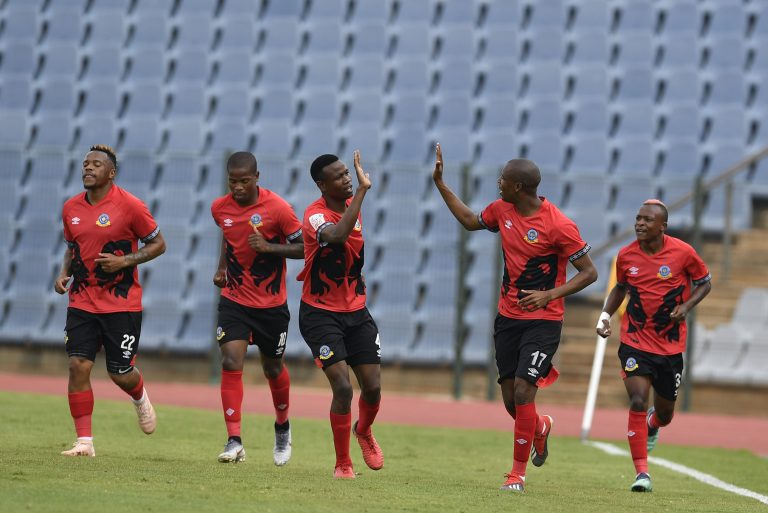 Tshakhuma Tsha Madzivhandila coach Moma Medic understands that his players cannot emulate the weekly exploits of the likes of Cristiano Ronaldo and that is why he is satisfied when they give their best like they did in a 3-0 defeat of Maccabi FC at Dobsonville Stadium on Sunday afternoon.

The win brought Tshakhuma back in contention for the playoffs in the National First Division (NFD) where mathematically they can even finish first and win automatic promotion to the Absa Premiership next season.

Veteran striker Phumelele Bhengu scored a brace and Lucky Khumalo scored the third to take Tshakhuma to 44 points, five behind leaders Stellenbosch with three games to the end.

“I hope we can go like this until the end,” said Medic after the match. “But the last games are crucial,” he added. Medic, who was assistant coach at Orlando Pirates during Kosta Papic’s era, said he believes his players can be consistent because they know what is at stake.

“The three points here today were crucial and they put us in with a good chance of making the playoffs. I am very pleased with my players. We didn’t have the same performance as in our last three games but I am okay with it because we got the result we were looking for.

“Whatever chance you have, you must fight for it. With five or so games remaining, we were dependent on other clubs’ results. Now we are in a situation where we are not depending too much on other results but it is on our hands.

“Our next match against TS Sporting is at home and a must win it to close the gap on Ajax and Royal Eagles. If we win it, we will be much closer. I am asking the players to give me their best.

“I don’t ask them to be a Ronaldo. Their best is enough for me and that is what happened today. We didn’t play properly but we scored important goals and pocketed the full points,” said the Serbian mentor.

Stellenbosch meanwhile are now just one point clear at the top of the NFD after yet another defeat. Steve Barker’s side went 2-1 down against Uthongathi FC which allowed Ajax Cape Town to gain in on them. With a point separating teams in the top three spots, the division is set for a photo finish this season.