Pirates gave their all – Motshwari

Midfielder Ben Motshwari praised the team's efforts, and says they have improved a lot. 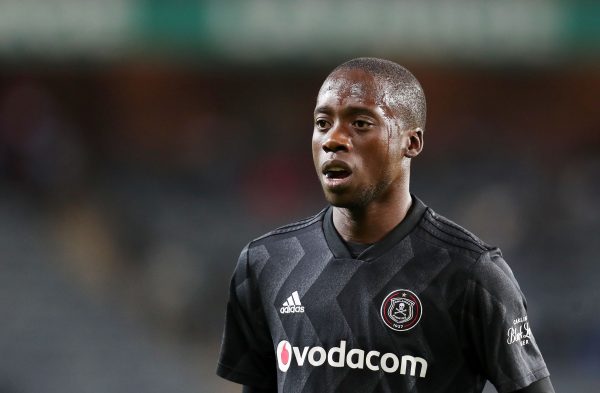 So close, yet so far for Orlando Pirates, as the club went their fifth season without a trophy even though they thrashed Polokwane City 3-0 in their last league game of the season at the Orlando Stadium on Saturday.

A brace from Thembinkosi Lorch and one goal from Vincent Pule was enough for the Buccaneers to secure maximum points.

It was a brilliant display from the Bucs, who showed nothing but eagerness to win the tie from the onset.

However, their victory wasn’t enough to make them Absa Premier League champions, as they finished second on the table with 56 points, two behind Mamelodi Sundowns.

Midfielder Ben Motshwari praised the team’s efforts, and says they have improved a lot.

“We played quite well throughout the whole season. We did very good, there were some ups and downs here and there, but we were just unfortunate to have not won the league,” he said.
“I think we played to our best today, [just look at] the result.

“We gave our all and pushed each other to be on top of our game. We played entertaining football and I think we gave our fans what they wanted on the day.”

Motshwari added they wished they could have won silverware for their supporters, but promised that next season they would do much better.

“We really wanted to win something for our fans, but it was not meant to be.

“Our aim was to finish the season on a high, and I think we did that.

“We are disappointed we didn’t get to finish as we wanted, especially because we know that our fans wanted to so much from us.

“I think the important thing is that we came into this game wanting to win and we did just that.

“The league was not in our hands, but we gained three points, that’s what matters at the end of the day.

“The league is over. We did better than last season and we look at improving next season.”

Meanwhile, the Limpopo outfit finished the season on position five with 44 points.