Kaizer Chiefs coach Ernst Middendorp was visibly irritated by questions about Khama Billiat at a press conference held at the PSL offices on Thursday afternoon. 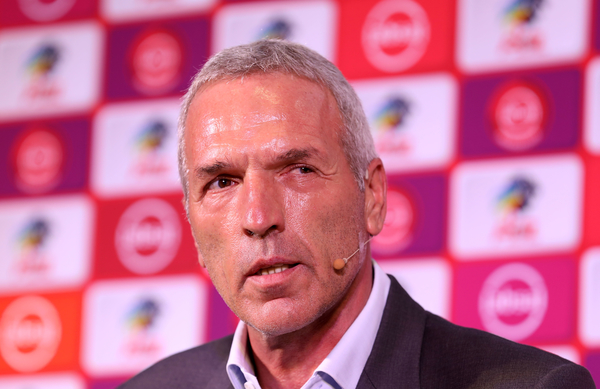 Billiat was said to be a doubtful for Chiefs’ next game against Polokwane City after picking up an injury and substituted during Amakhosi’s last match against Cape Town City.

The forward, however, was suddenly available for Zimbabwe’s World Cup qualifier against Somalia on Tuesday where he scored the crucial goal that sent the Warriors to the next round of qualifiers.

A visibly upset Middendorp refused to be drawn into the conversation about Billiat’s sudden availability for Zimbabwe.

“You need to talk to the player. I actually have my own idea in this direction and the player makes the decision,” said Middendorp.

“We were not able as a club to use the player for a full 90 minutes. I understand running into the representing the country and so on that is why  I say ask the player how is he capable of three days he can play for the national team. I have an idea but ask the player.”

Billiat was linked with a move back to Sundowns during the August transfer period, with reports suggesting that there was a rift between him and Middendorp, however the Zimbabwean star chose to remain with Chiefs.