Golden Arrows again rued a number of missed chances as they lost 2-0 to Kaizer Chiefs in Tuesday night and coach, Steve Komphela says it gives him and his technical team something to work on fixing. 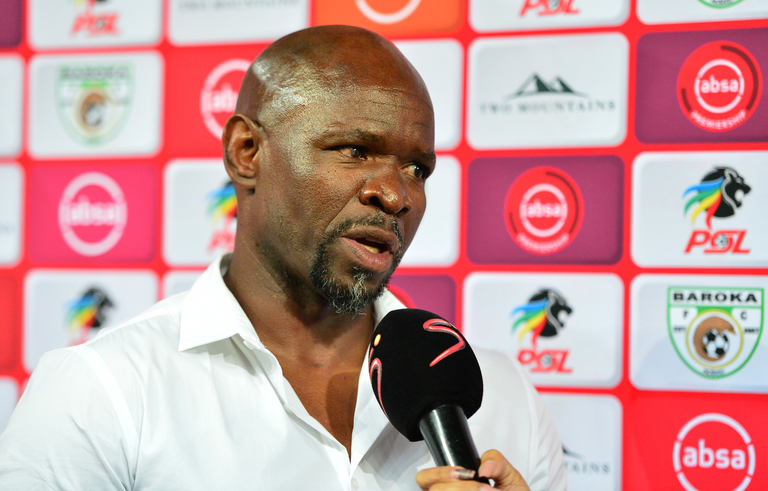 It was not for a lack of effort that Abafana Bes’thende left the FNB Stadium empty handed but porous finishing let them down. Trusted scorer, Knox Mutizwa had the game’s best chance towards the end with Daniel Akpeyi pushing a saved ball straight at him but he ballooned his effort wide and over.

“Performance wise we should be happy. But the only thing we failed to do was take our chances. We had a number of chances where I thought we could have made it 2-1 or even 2-2. But it’s like that in football and if you don’t take your chances like they say, there is no way you can win games,” he said.

“Scoring goals is an individual task. You can develop, create and generate chances but at the end of it all it you need one foot to put the ball into the net,” he explained. “That is what I think we lack – even tonight. There was a ball that (Danny) Phiri shot, it bounced off the keeper and Knox was supposed to have tapped that ball in but he opted for the most difficult effort. I am sure if you can give him more balls like that he would find it difficult to miss from that area.

“But it happened and it was not the first time. You need some element of composure when you finish. Maybe we need to go back and work on our finishing. Finishing is not only technical or tactical.

“Finishing is also emotional where you have to have the right levels of composure, you have to have confidence. Are you calm enough? Then it will help you in deciding to say ‘okay, let me compose myself, let me control and let me pass the net than just blasting it,” he said.