Safa did approach Carlos Queiroz to take over again as Bafana head coach, but have since gone silent. 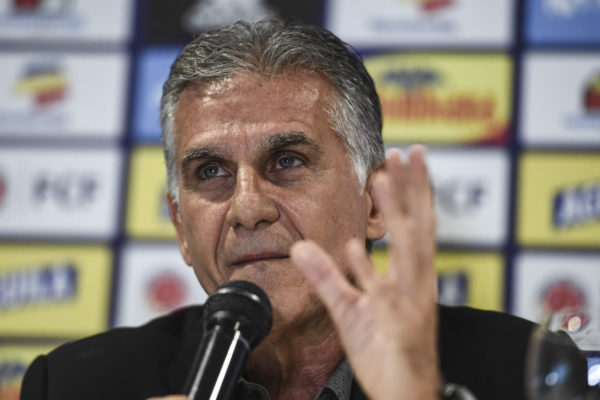 Carlos Queiroz is the favourite to land the Bafana Bafana coaching job, according to SA media (Picture: JOAQUIN SARMIENTO / AFP)

The South African Football Association have approached Carlos Queiroz over the possibility of him taking over as head coach of Bafana Bafana, Phakaaathi understands.

ALSO READ: Egypt FA rumoured to be talking to Pitso about Pharaohs job

However, the association has stalled since in taking the matter forward, leaving speculation rife again that they will not be able to afford Queiroz’ salary demands.

“They approached him right in the beginning, but I don’t think there has been anything since then,” a source told Phakaaathi on Wednesday.

Queiroz coached Bafana back in the early 2000s, leading them to the 2002 Africa Cup of Nations finals, where they reached the quarterfinals, and qualifying the side for the 2002 Fifa World Cup finals, before he was controversially forced out of the job.

He was linked with a return to the Bafana hot-seat in February 2017 after Shakes Mashaba was sacked, but nothing materialised as it emerged it would cost Safa a lot of money to buy the Portuguese coach out of his contract with Iran.

Queiroz, 68, is now a free agent having been sacked by Colombia in December, but it appears his salary demands may still be too much for Safa, who have constantly talked a good game when it comes to choosing a big-name Bafana coach, but have rarely delivered.

There remains the possibility that Safa could go back to Queiroz with a concrete offer, but right now their silence speaks volumes.