Jesse hopes to Donn the Bafana jersey for years to come

'It is an absolute honour to be part of the national team,' said Donn. 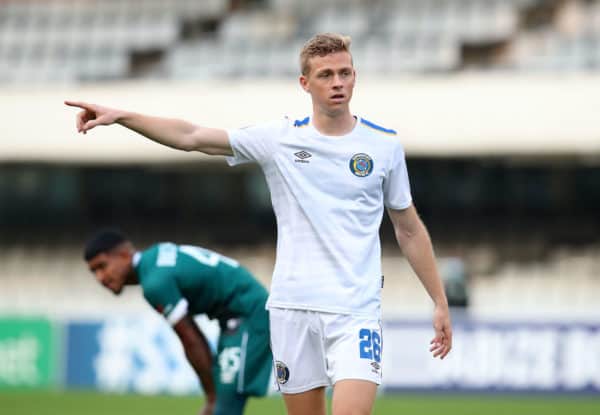 Jesse Donn was not too surprised when he was named in Hugo Broos’ provisional Bafana Bafana squad for the 2022 Fifa World Cup qualifiers, as he has displayed some fine performances for SuperSport this season.

ALSO READ: Tembo explains why SuperSport have been switching strikers

He collected back-to-back Man-of-the-Match awards in Matsatsantsa A Pitori’s draw and win against AmaZulu and Swallows respectively.

He knows that Broos will still need to reassess the 34-man squad and trim it down to 23 players on Monday, but the 22-year-old is optimistic about making the final cut.

“It is an absolute honour to be part of the national team for these coming qualifiers, it is something every young footballer dreams of at a young age. In some ways it is kind of hard to believe that I am getting closer to releasing that dream,” said Donn.

“I fully understand that it is only a provisional squad and it is going to be extremely difficult to get into that squad, but I trust that God is in control and in his time it will happen… I will just continue working hard and it is a boost of confidence to know that he (Broos) is watching. At the same time, it motivates me to keep on giving my best and to prove to him that I don’t just deserve to be in the provisional team, I actually want to stake a claim in the Bafana team moving forward,” he added.

His coach at SuperSport, Kaitano Tembo, says he always saw great potential in Donn and he prepared him as the heir to former captain Dean Furman, who dedicated about five years as a stalwart in the heart of The Spartans’ midfield. Furman left United last year to reunite with his family in England, leaving a hole in the centre of the park but Tembo is confident in Donn to fill the void.

“I remember last season we went 10 games without a win and there was so much pressure on the technical team but we believed in our project, which is giving our young players the opportunity and to create the pathway from our academy to the first team and the players in the academy can see where they are going, knowing that if they work hard and do well, there are opportunities to play for the first team,” said the SuperSport mentor.

“We always knew that he is the one player who will be able to replace Dean but we needed to be a little bit patient and work with him. He is one player who each and every coach would want to give an opportunity because of his work ethic, his hunger and desire. We can see that if he gets that opportunity he won’t disappoint and there’s quite a lot of those youngsters that we have in the academy,” Tembo added.