The partnership between the two dates back to 2009. 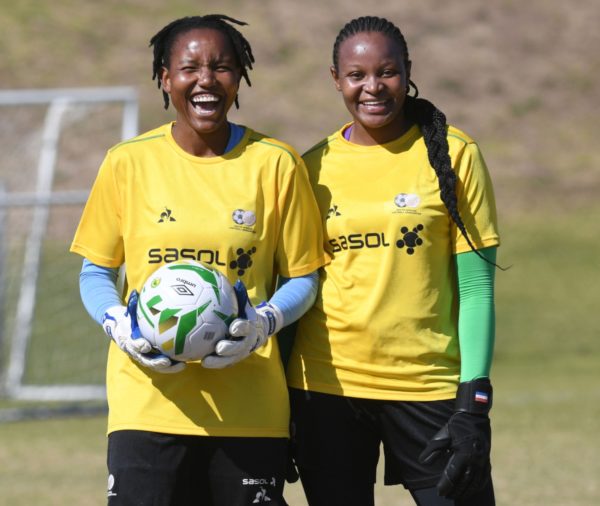 Sasol has extended their long-standing sponsorship with Banyana Banyana to 2025. Picture: Sydney Mahlangu/BackapagePix

In their concerted commitment to rally behind the senior national women’s team, Banyana Banyana, Sasol has extended its sponsorship deal with the South Africa Football Association until 2025, in announcement made on Friday in Sandton, Johannesburg.

The partnership between Sasol and Safa dates back to 2009, with the aim of developing and supporting women’s football in the country by creating opportunities for the side to participate in international tournaments.

The chemical and energy company has also been sponsoring the semi-professional league around nine provinces in the country called the Sasol league, with 16 teams in each province.

Having played in the Sasol league before moving abroad to join Belarusian club FC Dinamo Minsk, Lebogang Ramalepe, who is currently in the country for Banyana’s Women’s Africa Cup of Nations  second leg clash against Mozambique on Tuesday, 26 October, says the extension of the sponsorship is good for women’s football and the Sasol league will give more platform to young girls to play for Banyana and move overseas to continue with their soccer careers.

“This is really exciting for every women footballer in the country. Sasol has given a lot of us a chance to showcase our talents and many of us are playing abroad. It is through their sponsorship that we get to live our dreams because they have been behind women’s football for years now,” said the right-back.

“The sponsorship extension can only mean one thing, there will be a lot of young girls who will be coming up and playing for Banyana from the Sasol league.”

“Today I am filled with immense pride and humility as I formally announce that Sasol has once again extended our partnership with Safa as the pre-eminent sponsor of women’s football in South Africa,” said Mokoena.

Since the sponsorship deal with Sasol, Banyana have gone on to participate in many tournaments, including the Cyprus Cup, the 2012 London and 2016 Rio Olympics and their maiden Fifa Women’s World Cup held in France back in 2019.

IN PICS: Environmental defenders descend on Sasol AGM
1 week ago
1 week ago
PREMIUM!

IN PICS: Environmental defenders descend on Sasol AGM
1 week ago
1 week ago
PREMIUM!