Maleka delighted as Gallants fight back to take down Vita

'We knew it was going to be tough, that they would bully us,' said Maleka after the game. 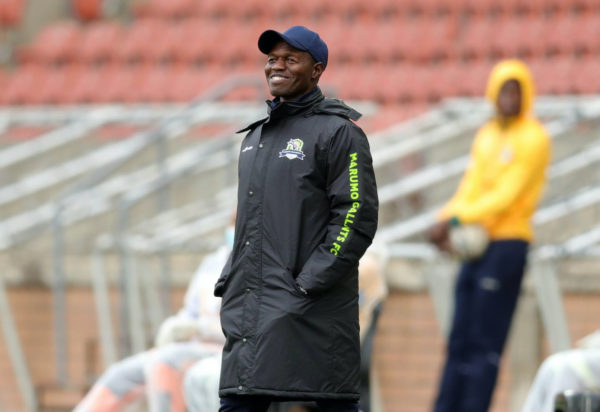 Mpho Maleka said his side's second half improvement was what made them take down AS Vita. Picture: Samuel Shivambu/BackpagePix.

Mpho Maleka praised his side’s second half display a last minute equaliser in thre DR Congo earned Marumo Gallants a stunning victory over AS Vita in the second round of Caf Confederation Cup qualifying.

Gallants will now go into the final qualifiers for the group stages of the competition, having won the home leg 2-1, before going to Congo on Friday and securing a 1-1 draw.

Winger Sibusiso Nkosi struck in the 89th minute at the Stade Des Martyrs in Kinshasa to secure a 3-2 aggregate win, after Vita had looked to be going through following Jacques Mangoba’s 19th minute strike.

“We knew it was going to be tough, that they would bully us,” said Maleka after the game.

“In the first half they played more in our half, we allowed them to, we were slow in our build up.

“At half time we managed to rectify it and reminded ourselves of how Marumo can play. That is what made us come and get a late equaliser. We were much better, we played the way we wanted, we dictated player and owned the field, we won the duels.

“The more you achieve the tougher it gets., I said to the boys that we are proud of you and you must keep going.”