'We just needed to put the ball in the net, nothing less,' said the Bucs co-coach. 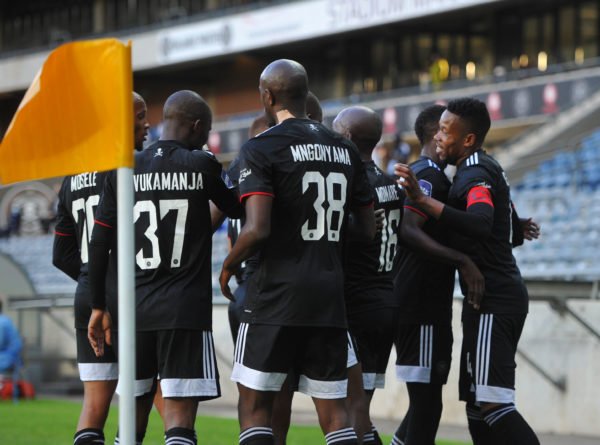 Things went as planned, says Orlando Pirates coach Mandla Ncikazi, after Buccaneers sealed their spot into the next round of the Caf Confederation Cup after beating Diables Noirs 1-0 at the Orlando Stadium last Sunday.

Knowing very well a draw would see them being knocked-out of the tournament, Ncikazi says the plan was score and they did just that, thanks to skipper Happy Jele, who found the back of the net with a well taken header.

“I am just happy that we went through. We wanted to score and we knew that the outcome of a draw, 0-0 was not good enough and any other draw would not be sufficient for us to go through. We scored as planned, created better opportunities to score. We just needed to put the ball in the net,” said the Bucs mentor.

“Obviously towards the dying stages of the match, the opponents were throwing everything even the kitchen sink at us with crosses into the penalty area but we managed that.”

Ncikazi hopes striker Tshegofatso Mabasa, who got a knock during the match, will not form part of the long list of casualties at the Buccaneers.

“Mabasa, we’ll wait for our medical team to inform us. We can’t afford to have another injury,” he continued.

“We are one team that is so unlucky with injuries, Wayne Sandilands had the same problem yesterday (a knock). But back to the match, we are just happy that we went to the next round.

This is African football and today (Sunday) we saw what happened, if you don’t score, you will have problems. I am just happy that the team could go into the next phase.”