Ncikazi believes Pirates could have easily won the match. 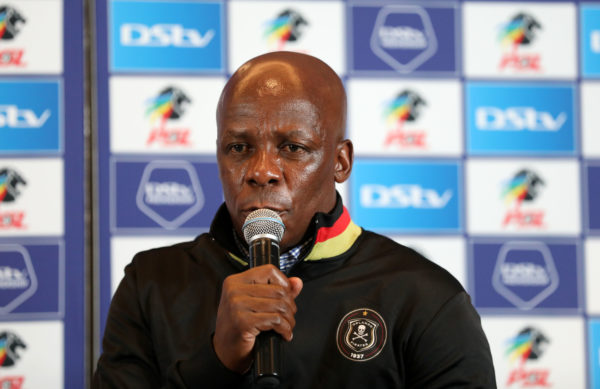 Ncikazi believes his Pirates charges could have easily won the match, having created plenty of opportunities to score, but they were unfortunate not to find the back of the net.

Ncikazi says they need to fix the problem of not scoring goals if they are to win games, but added that it’s a process that the coaches need to work on in order to start getting positive results.

“I am disappointed based on the number of chances we created. Maybe a win (was possible), but it’s two points dropped. We got a point, but I don’t really think Pirates deserve a point, they deserved three. But in a game of football, if you don’t put the ball in the back of the net, you are not going to win matches. And if it takes longer for you to score the opponents gain confidence, but for the number of chances we created, especially in the first half (we should have scored). Just take one, or two and the game will change,” said the Bucs mentor.

Ncikazi’s Buccaneers have only registered three wins so far this season, while recording six draws and two losses in their last 11 games, placing them in position seven on the league standings.

Bucs really need to sort out their scoring problem upfront if they are to climb up the log. They have a chance to make things right when they go down to Cape Town for a clash with Stellenbosch FC at the Danie Craven Stadium on Wednesday.