'The most important thing is that whoever plays gives their best and Kennedy has been doing that,' said the veteran goalminder. 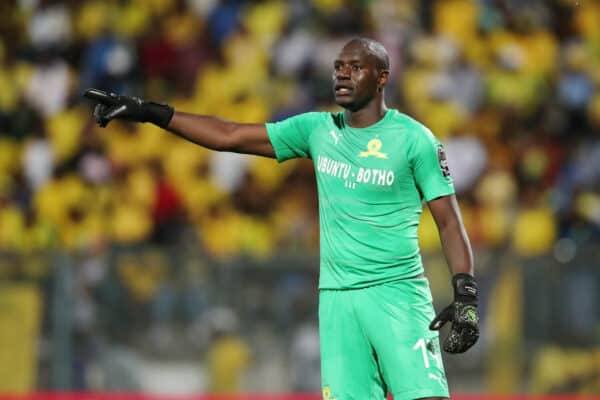 Denis Onyango is chasing a race against time to get back to full fitness for Friday’s Caf Champions League group stage opener between Mamelodi Sundowns and Sudan outfit Al-Hilal Omdurman.

The veteran goalkeeper and Downs skipper has had to sit out both of Sundowns’ games since the turn of the year owing to a niggling injury. His long-time deputy, Kennedy Mweene has been trusted between the sticks and Onyango is confident that Masandawana will be in safe hands should he not make the cut.

“I am still trying to get into the squad, I wasn’t in the team in the past two games and Kennedy has done a fantastic job, keeping two clean sheets and he made some great saves against Chippa United, it shows that he is doing well for the club. All I need to do is support him and wait for my opportunity, it is all down to the coaches [to select the team] and it is for us as goalkeepers to support each other. The most important thing is that whoever plays gives their best and Kennedy has been doing that,” said Onyango.

Bafana Ba Style will host the game at the Royal Bafokeng Stadium, kick-off is at 6pm, and having met four times in previous editions, Onyango knows that they have their work cut out against Hilal.

“The team has been busy over the last few days, we played two games in four days but the good thing is that we managed to get the results and now playing a team like Al-Hilal which was in our group in the previous campaign gives us a chance to look ourselves and look at the games that we played against them. But we know that they are a difficult team to plan against, they are a very aggressive team and not easy to break down,” said Onyango.

He added: “We have to start well in this group because our next games are away from home so a positive result in Rustenburg will give us good motivation going into the next game and for us it is about getting the results and look forward to the next game in Sudan.”