"Coming here, what the supporters can expect from me is dedication and goals," says Mabasa. 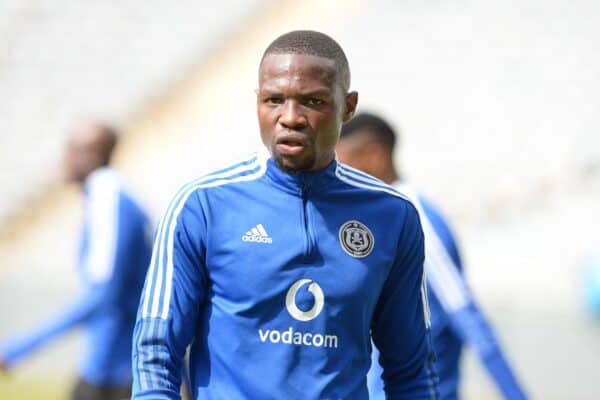 Tshegofatso Mabasa showed signs of becoming a great striker when he joined Orlando Pirates a few years ago but injuries knocked him back.

ALSO READ: Jordaan insists this will be his last term as Safa president

He has joined Sekhukhune United where he hopes to have a better and more successful stay.

Mabasa is one of the six players Babina Noko, as Sekhukune are nicknamed, announced on Tuesday morning as additions to their squad.

“Farmer, 25, from Gqeberha joins from Baroka FC. He is a versatile player that enjoys playing centre or left side of defence,” reads the statement from Sekhukhune. “He has previously played for SuperSport United and Maritzburg United. He was also part of the South Africa national Under-23 team at the 2015 Africa U-23 Cup of Nations held in Senegal.

“Mosiatlhaga, 27, joins Babina Noko from Cape Town Spurs. He finished as the top goalscorer in the 2019/20 GladAfrica Championship League season with 18 goals for Cape Town Spurs (then known as Ajax Cape Town).

“Mntambo, 33, started his football career with Roses United. After a season with them, he joined Jomo Cosmos. Mntambo spent five seasons with Ezenkosi, later joining Chippa United and Orlando Pirates.

“He has one cap for the senior national team. Mabasa, 25, born in Botshabelo, Free State. Started his career with Bloemfontein Celtic. He made his first-team debut during the 2014 Telkom Knockout encounter with AmaZulu, before joining Orlando Pirates in 2019.

“Mabasa has represented South Africa at the senior level, winning his first cap during the 2018 African Nations qualifier against Zambia on 19 August 2017. He has also featured for the South Africa under-23 team.”

Speaking after his announcement, Mabasa promised goals and said he hopes to enjoy himself at Babina Noko.

“It’s a great honour to be a part of this growing club. Coming here, what the supporters can expect from me is dedication and goals. But most importantly for me to enjoy my football.

“I am grateful to the chairman for this opportunity and the welcoming that I have received from the other players and coaches.

“What the supporters can expect from us this season… to turn our losses into draws and our draws into wins. And achieve more wins in the next season and finish as high as possible in the league,” said Mabasa.