The European champions twice surrendered the lead in Russia on Wednesday. 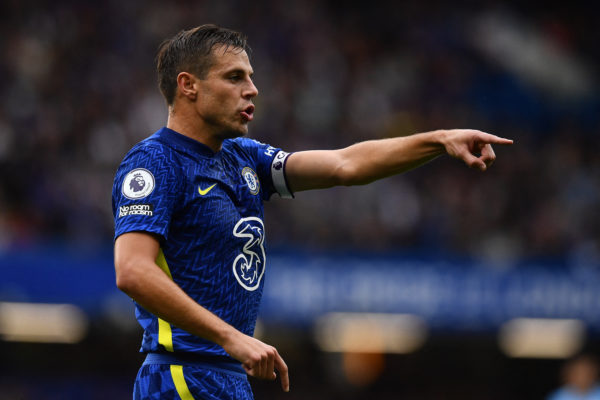 Chelsea captain Cesar Azpilicueta has urged his teammates to show an immediate response after falling off the top of the Premier League and finishing a disappointing second in their Champions League group.

The European champions twice surrendered the lead in Russia on Wednesday to draw 3-3 with Zenit Saint Petersburg and end their Group H campaign as runners-up, meaning they could face Real Madrid or Paris Saint-Germain in the last 16.

The frustrating result came after they dropped to third in the Premier League table following Saturday’s 3-2 defeat at West Ham, spoiling their impressive defensive record so far this season.

Thomas Tuchel’s men, who host Leeds on Saturday, have now failed to win three of their past five Premier League games.

Azpilicueta has demanded a reaction from Chelsea, who are two points behind new Premier League leaders Manchester City.

“It’s true we are having a tough moment,” he said. “In the last couple of games the performances have not been very good and that has been reflected in the results. We have to have a reaction. There is still a lot to play for.

“In football you have to accept it, analyse and improve. We need everybody to get that extra percent sharper, as individuals and as a team. Hopefully we can do it from Saturday already. We have to recover this solidity across the whole team.”

‘We know we are not at our top level,’ added the 32-year-old skipper.

‘We have to have a reaction on Saturday in front of our fans, and all together try to get the win and have a good performance from the first minute, and then from there start building our confidence.’

Tuchel faces a headache in midfield. Ruben Loftus-Cheek pulled up with a minor issue in the warm-up in Russia. N’Golo Kante remains out with knee trouble, Mateo Kovacic is isolating after testing positive for coronavirus and Jorginho has a back niggle.