Celebrating World Champagne Day in the heart of Sandton

Hotel Sky served as the day’s 'base of operations' and the hotel even hosted some of GH Mumm’s guests for the weekend. 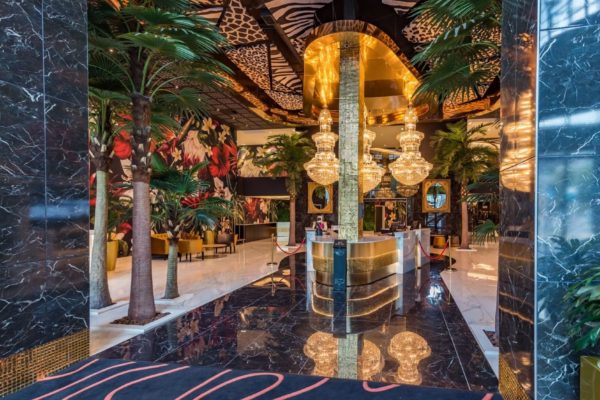 Our first introduction to Hotel Sky some months ago focused on the hotel’s robotic staff so we had to return to experience a stay at the hotel billed “the future of hospitality”.

The Citizen’s stay at Hotel Sky coincided with the hotel’s bold “World Champagne Day” celebrations hosted by GH Mumm of Maison Mumm, under the theme “Paint The Town Red”.

Reportedly known for being the “leaders in all things Avant-Garde,” the brand hosted its highly-anticipated World Champagne Day weekend experience in three main cities – Johannesburg, Cape Town, and Durban at the weekend. The events were attended by some of South Africa’s pioneering and trendsetting A-listers.

“Mumm Squad” alumni such as Jessica Nkosi, Lerato Sengadi and Tshepi Vundla are just a few of the celebrated guests who were hosted by the champagne house in a series of brunch events at Hotel Sky, curated by South Africa’s luxury event designer, Precious the Planner.

As day turned to night, Mumm later transported their guests in luxurious red sports cars to the upmarket restaurant Saint, for a pivotal champagne moment in the heart of Sandton.

Hotel Sky served as the day’s “base of operations” and the hotel even hosted some of GH Mumm’s guests for the weekend.

The rooms at the hotel feature amenities you would find at most hotels, however, it is clear Hotel Sky was focused on maximising what space they had to work with while still keeping things aesthetically pleasing in their lower-tier rooms.

The floors and certain doors are access controlled which provides an added layer of security, which is great, however, the layout of the floors (despite how clearly room number groupings are marked) tend to be quite confusing.

According to online searches, an overnight stay at Hotel Sky is priced at just over R1,000 per night (which sounds like a steal for the Sandton area).

Details of room sizes and amenities can be found on the Hotel Sky website.

The Citizen was accommodated in what looks like their junior executive rooms, which have free uncapped Wi-Fi, smart TVs, a laptop safe, hairdryer, shower and minimal luggage storage.

The room had automatically controlled blackout blinds, which barely mattered since the window in that particular room had no view of the outside and therefore did not let in any light.

The shower was decent, though one might want to be careful of the shower floor, which was quite slippery, even with flip-flops on. The bed (and sheets) were also sufficiently comfortable.

The rest of the hotel

The hotel features a very bold and somewhat oriental aesthetic in its decor, with lots of gold accents, bold prints patterns and colours and floral walls that bring the outside in.

Simply put – it’s colourful and tropical which is quite a bold decor choice.

Hotel Sky also offers conference facilities, a hotel gym and spa. Though we spent some time poolside for the champagne day festivities, our stay was too brief to explore the rest of Hotel Sky’s facilities. There also wasn’t any time to try out the robots.

It’s worth noting that if you have a number of bags, you may want to enter through the hotel’s main street entrance as the hotel has no porters and we didn’t see any ramps from the parking lot entrance to make it easy to manoeuvre their trollies around. 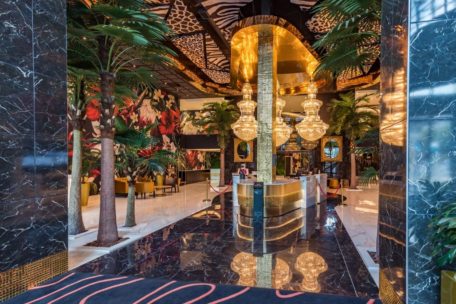 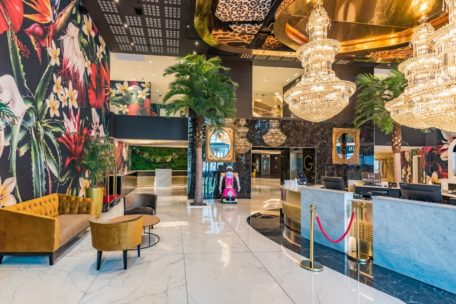 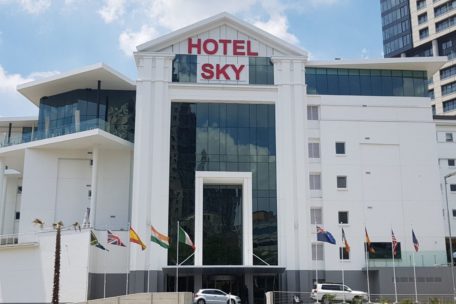 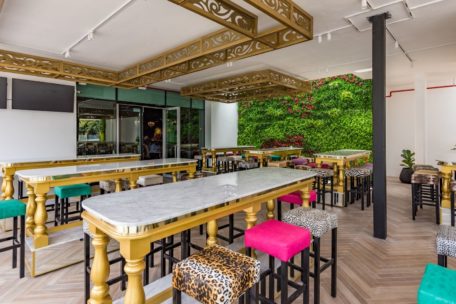 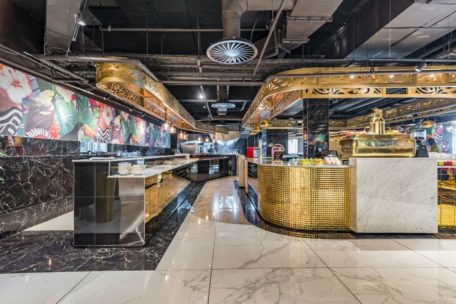 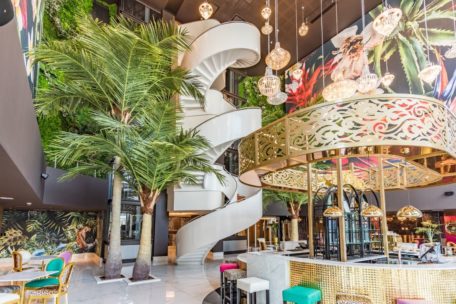 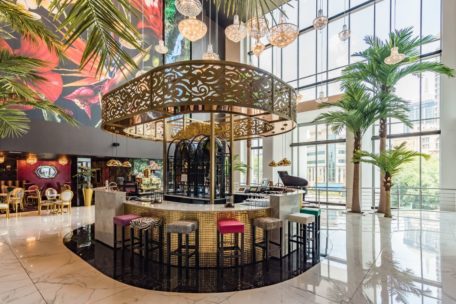 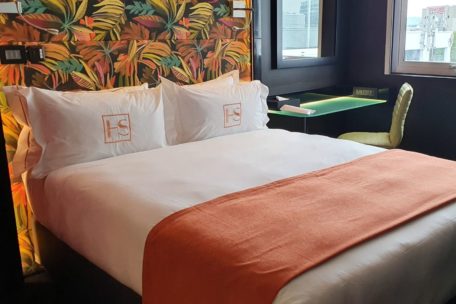 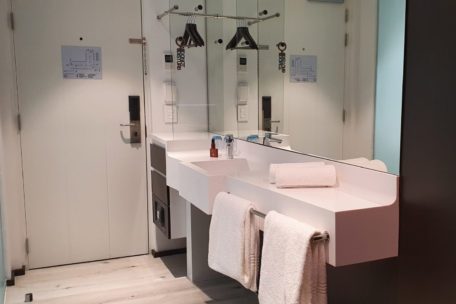 WATCH: The robots are taking over, is Joburg’s Hotel Sky the future of hospitality? 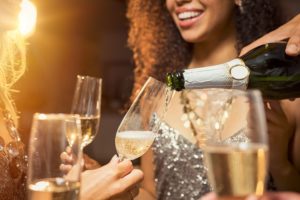 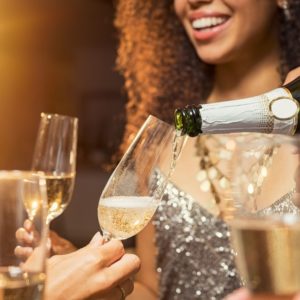 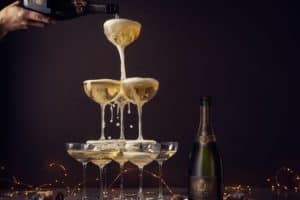 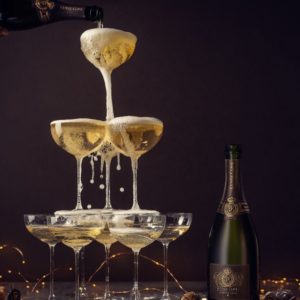