Fokofpolisiekar is bubbling on top (video)

Tonight's the night Fokofpolisiekar is releasing their fourth beer at Centurion's RAD. 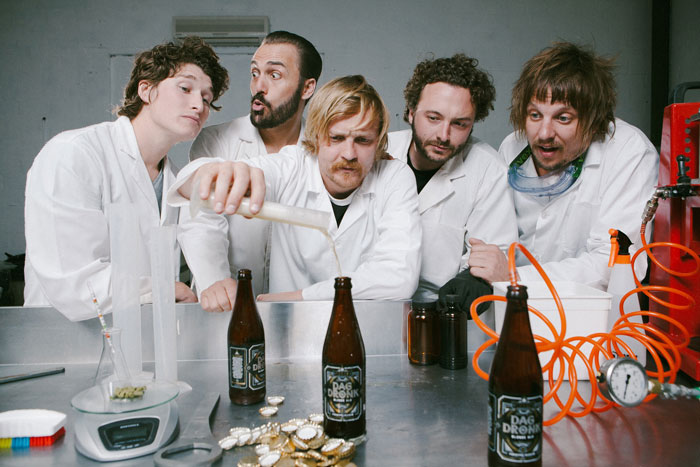 Fokofpolisiekar entered 2015 with a new market to tap. Gone are the days where they are simply the biggest Afrikaans rock band – they have added depth to the band by releasing vinyls of their albums, making a documentary showing their journey to becoming the epitome of rock in South Africa, and maintaining a full touring schedule. 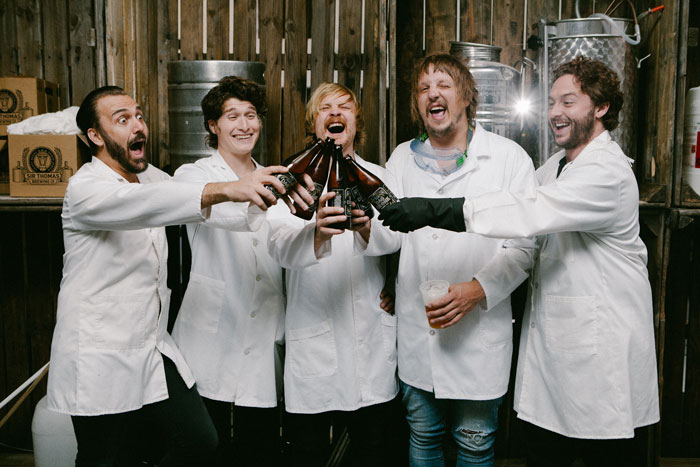 If you take the time to think about it, it’s brilliant. SA bands have fallen victim to digital piracy over the years, and Fokofpolisiekar’s catalogue may be vast but, in terms of sales, they probably won’t be selling that many of their CDs. Coupled with the fact that most of the band are focusing their attention on other projects, Fokofpolisiekar re-entering the market with their own beer range was a fresh and crisp move (much like their beer).

This week they’re touring to introduce their fourth beer. Skyn Heilig – follows the trend of naming each brew after one of their immortal songs. Skyn Heilig is a light-coloured and bubbly beer. It has pineapple, pear, apple skin, fruit salad, honey and vanilla pod aromas.

The latest addition to their beer range is again made by Sir Thomas Brewing Co in Stellenbosch in the Western Cape.

Here’s the low-down on their four beers:

Skyn Heilig
The latest beer in the Fokofpolisiekar range is a Weiss – making it an easy-to-drink beer.

Antibiotika
This is their India Pale Ale and quite bitter. Expect a blast of canned fruit, raisins and prunes, spices and grapefruit to balance the bitterness.

Dag Dronk
This is the Blond Ale of the range with tones of pineapple, pear, honey and a hint of vanilla.

Hemel op die Pla­tteland
This is Fokofpolisiekar’s answer to an Amber Ale. It’s a medium-bodied beer, infused with rooibos tea and has tones of caramel, cream, nuts and dried fruit.

The beers are available to order at R640 for a case of 16. The price includes shipping (South Africa only). To release the beer, Fokofpolisiekar is embarking on a three-date tour to support Skyn Heilig.

For more information or to order your very own taste of Fokofpolisiekar, visit http://www.fpkbeer.co.za/.