Muzimuni Ngiba handed himself over to police on May 24 and has been remanded in custody since then. 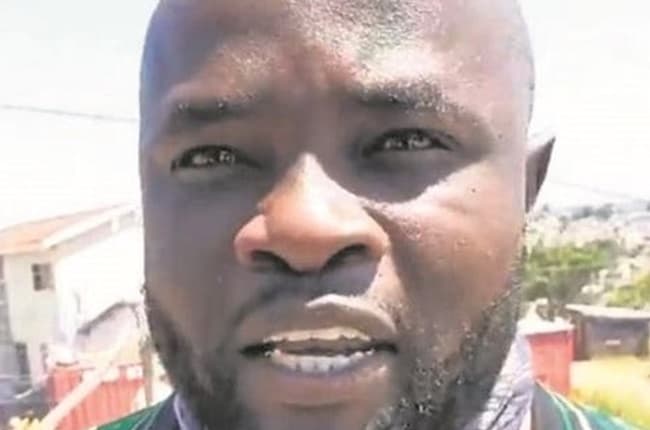 An ANC eThekwini councillor charged with killing another ANC councillor yesterday appealed to the court to be released on bail due to “chronic illnesses”.

Each of the four is facing two charges of murder, three of attempted murder, one of conspiracy to murder and one of unlawful possession of a firearm.

The charges relate to the killing of Siyabonga Mkhize, an ANC councillor candidate and his aide Mzukisi Nyanga in October last year.

Mkhize and Nyanga were shot and killed in Cato Crest while doing door-to-door election campaigns shortly before the local government elections. Mkhize went on to be posthumously elected as councillor, which forced a by-election that Ngiba won. Ngiba had been Ward 101’s councillor between 2016 and 2021 before losing the ANC’s nomination to Mkhize.

Sergeant Pretty Shandu, the investigating officer in this case, said that Mkhize was the target of the shooting and Nyanga was “collateral damage”.
According to Shandu’s affidavit, Ngcobo was the hitman allegedly hired by Ngiba at a cost of R50 000.

Ngiba handed himself over to police on May 24 and has been remanded in custody since then.
The ANC in eThekwini has appointed someone to act in Ngiba’s place as councillor pending the finalisation of his trial.

Advocate Roshan Dehal, who was representing Ngiba and Ngcobo, said Shandu’s testimony was full of conjecture, hearsay and opinions that did not amount to hard evidence.
Dehal argued that the state had not produced the firearm as evidence, so Ngiba cannot be charged for the murder of Mkhize.

Dehal said if the state said Nyanga was “collateral damage” then it cannot be right to say that his clients acted in common purpose (conspiracy) to kill him.

In that case, Dehal said, the bail application for his client should proceed as schedule one, instead of six (which requires the defence to prove exceptional circumstances to be released).

Dehal also took issue with the fact that the state had access to Ngiba’s medical records without getting written consent from him.

However, Dehal said the medical records that were presented by the state actually prove Ngiba’s claim that he is diagnosed with gout and hypertension. Dehal submitted to court a doctor’s letter which stated that Ngiba has had gout since 2014 and has been receiving chronic medication for it since.

The letter also states that Ngiba’s last reading of his blood pressure in 2021 showed that it was above the healthy normal rate.

It is critically important that he be treated. He has been receiving his medication from his family as he is not getting the medication in prison.

Dehal lamented the various adjournments in the bail application which has resulted in Ngiba and others having to spend over two months in prison.
Dehal said shortly after his arrest, Ngiba was transferred to the Kokstad prison three hours away from Durban which made consulting him “virtually impossible”.

As a result of this his bail application on June 15 had to be postponed. The accused have since been moved to Westville Prison.
Dehal said, following Mkhize’s arrest, Ngiba was arrested and released several times by police.
The packed courtroom was filled with family members of the accused and community members from Ngiba’s ward. A freshly shaven Ngiba got the loudest cheer in the room when he waved towards the gallery.

The bail application continues on August 8.