Germany comes in as number one national brand – new study. 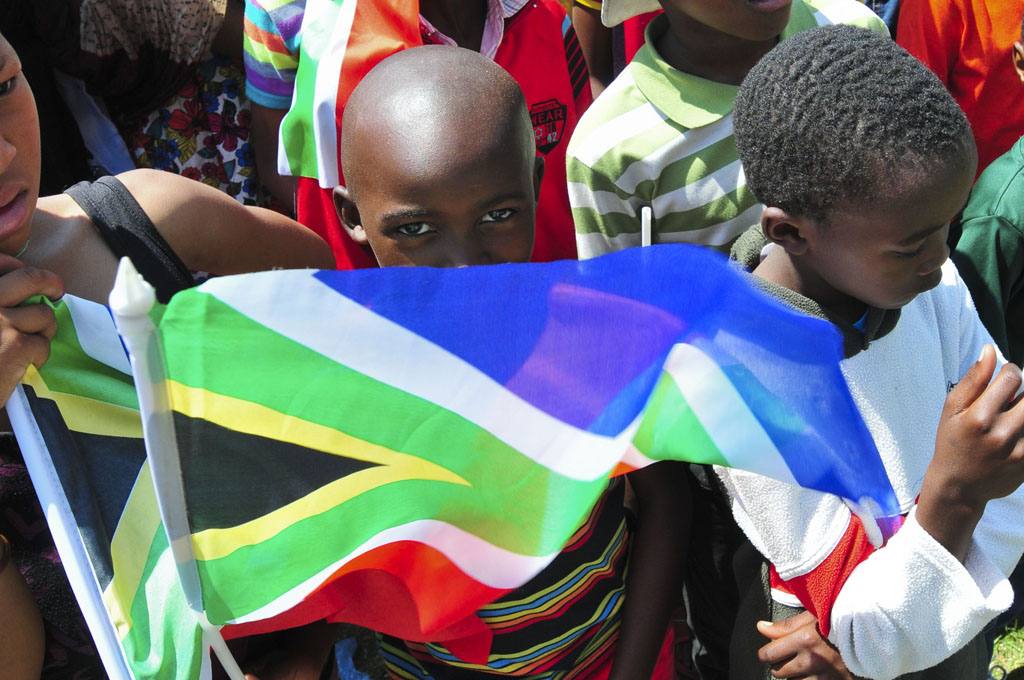 According to the inaugural US News and World Report Best Countries Report, South Africa ranks 31 out of 60 in terms of how it is perceived by the rest of the world. Germany is ranked first, followed by Canada and the United Kingdom. The US is ranked fourth, while China is ranked 17th.

Released at the World Economic Forum in Davos, the report purports to be a product of the most extensive data set ever collected on how nations are perceived. It looks at a wide list of criteria ranging from the quality of life for people living in a country, to the extent to which it is open for business.

The study was done by Y&R Advertising’s global brand strategy firm BAV Consulting, and various other partners, but is quite limited in its scope, given that it only includes 60 countries. The countries were surveyed across 75 different dimensions – including questions [relating to] transparency, political distance, human rights, income disparity, gender equality, adventure tourism and education – using 16 200 respondents from a combination of general citizens, business decision-makers and ‘informed elites’ to get a diverse set of views.

“These perceptions are used to understand the unique dimensions of each country summed up into what can be called the country’s ‘brand’,” says John Gerzema, Chairman & CEO of BAV Consulting. “Much like a company or a product, each country has its own equities, though they may not be the same for every customer. We found that many dimensions of a country’s brand correlated with key outcomes such as direct foreign investment, tourism and per capita GDP.”

South Africa scored highly in the ‘movers’ and ‘adventure’ categories, ranking 9th and 25th respectively. This, according to Gerzema, points to significant opportunities in tourism, while the international perception of our entrepreneurship (ranked 25th) shows that the country is still valued somewhat for its business acumen. 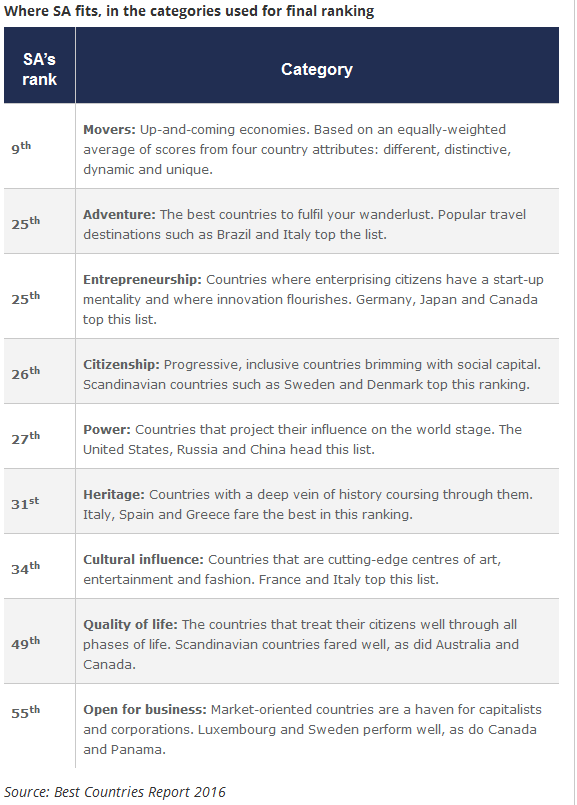 It’s about perception, not fact

Surprisingly South Africa is ranked in the upper half for education and as a place to study abroad. However, Gerzema points out that the difference between this study and others, such as the WEF competitiveness report, is that objective data such as GDP is not used as part of the calculation.

Instead the perceptual data is linked back statistically to these benchmark metrics to demonstrate just how important perceptions are in shaping the future financial trajectory of a nation, creating an imperative for governments and other stakeholders to positively improve their countries’ positions – driving positive change that will impact those perceptions.

“While South Africa does score highest (of all its rankings) on the ‘adventure’ metric, the world has some additional associations with the country that present opportunities. For example it is associated with being athletically talented, possibly stemming from a recent memory of the [Soccer World Cup]; being connected to the rest of the world; and for being entrepreneurial in so far as  business opportunities are concerned,” says Gerzema. Says Gerzema: “The result was a list of 60 nations, which we then asked our respondents to rank in relation to 75 metrics covering a wide range of dimensions, from politics to economics and social issues to personality. These 60 countries account for more than 90% of global GDP. The filter excluded several prominent countries, including Switzerland, Poland, the United Arab Emirates and Finland, which therefore were not considered in this inaugural ranking.”