LISTEN: The movement to save SA from state capture 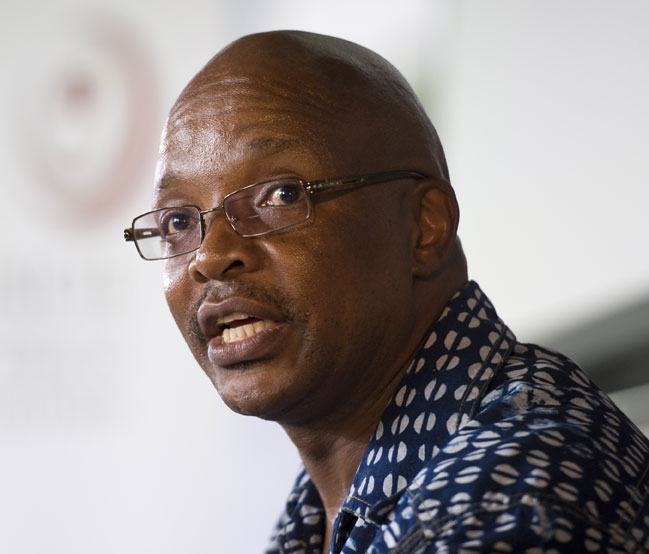 SIKI MGABADELI: The Save South Africa campaign is encouraging citizens to stand together against state capture. In a press release on Sunday it called on South Africans to congregate in Pretoria at eight in the morning on November 2 to make their voices heard, wearing items of clothing bearing the South African flag. That’s the date that Finance Minister Pravin Gordhan is due to appear in court to face fraud charges.

Sipho Pityana is a member of Save South Africa and he is chair of the Council for the Advancement of the South African Constitution. He joins us now. Sipho, thanks so much for your time today. Just in the run-up to the Save SA campaign being launched and starting to make its voice heard, you gave that eulogy at the funeral of the late Reverend Makhenkesi Stofile and really, I think, reimagined that we as South Africans need to look at the current situation. How did we get here?

SIPHO PITYANA:  Well, we got to where we are Siki, because we were quite permissive. We gave the democratic leadership the benefit of the doubt. We thought that there would be an opportunity for self-correction. And none of those things happened. In fact, the situation got worse and worse. Our finances signalled that we were tolerant and prepared to allow these things to go on.

Now they’ve gotten to a point where they threaten the very sovereignty of our country, which is what state capture does, because it means that people who are other than those we elected run our country, are in fact running our country and abusing the resources that are intended to deal with the challenges of poverty, unemployment and inequality in our society which are the big agenda. And now we have to wake up and actually confront it in the mega-voices heard.

SIKI MGABADELI:  What do you say to those who say, well, there’s the ballot box and we have an election in 2019? Change the government at that point.

SIPHO PITYANA:  We have the ballot box through which we elected leaders to govern our country in line with the framework provided for by the Constitution, which means that they must look after resources, and they must employ those resources to advance the interests of citizens. Once they act contrary to that, we have a civic duty. I am joined by the Constitution, which provides for us to call for those leaders to relinquish public office and allow for those leaders that will continue to honour our Constitution and the commitment that they have made to us as citizens. That’s the democratic right that we have in the Constitution. It is a duty that we carry as citizens of this country.

SIKI MGABADELI:  So what is Save SA then asking for?

We believe the instance of the case against Minister Pravin Gordhan and the attacks on people in the Treasury is nothing other than an attempt to ensure that the Treasury is overrun, in order to allow for unbridled looting of state resources and ensuring the continued abuse of our resources in state-owned entities in government departments and elsewhere, and allowing money laundering – in other words, our money being sent abroad to serve in foreign bank accounts instead of allowing it to be used to advance the interests of ordinary citizens.

SIPHO PITYANA:  Government ultimately is responsible. The President ultimately is responsible. We have made this point as Save SA. We would demand that the President should step down. He has allowed the resources of the state to be used for his personal benefit and for the benefit of his family, contrary to his oath of office. He has abused state institutions where he had given and oath that he would protect and defend them. He has abused state institutions – and there are a lot of state institutions to be abused to pursue opponents. This in our view is unacceptable.

SIKI MGABADELI:  Is Save South Africa politically affiliated? Are you affiliated to any party?

SIKI MGABADELI:  If nothing is done, what’s your greatest fear for the country?

We cannot afford that as a country. We have to stand up and ensure that we prevent any of those things from ever happening.

SIKI MGABADELI:  Besides congregating in Pretoria next week, what else does Save South Africa have planned?

SIPHO PITYANA:  We have urged the religious communities, the faith communities on the eve of the court case – in other words on the first – to declare that as a day of prayer, and I’d encourage South Africans to hold vigils wherever they are. They don’t have to be in Pretoria.

We are encouraging South Africans to send messages of support to the Minister of Finance, who is a very good example of public service with integrity and commitment to good governance. Running Treasury is very difficult because you have to work hard to balance conflicting demands, legitimate demands at that. It’s a very challenging task. So we believe that South Africans should use every opportunity to make the point to their elected representatives that they disapprove of the corruption that is continuing and that they must take a stand to ensure that our voices are heard, wherever they are.

SIKI MGABADELI:  Sipho Pityana, a member of Save South Africa, also chair of the Council for the Advancement of the South African Constitution, thank you very much.

UPDATE: Sipho Pityana to drag Absa to court for sacking him from board
2 weeks ago
2 weeks ago
PREMIUM!

UPDATE: Sipho Pityana to drag Absa to court for sacking him from board
2 weeks ago
2 weeks ago
PREMIUM!