Can you raise capital, list on JSE for R1m?

In light of some expensive listings, (at least) two companies did this cheaply…

The analysis of listing costs published earlier this week (in an effort to figure out whether Dis-Chem was getting value for money in its market debut next week) shows that these vary widely from company to company, with some disclosing that a tremendous amount of money had been spent in raising capital and listing on the JSE.

Alexander Forbes skewed the comparison substantially, given that it paid a quarter of its proceeds (R330 million) in listing expenses (R85.3 million). Shareholders don’t realise this – as a fund manager points out – but these costs are effectively borne by them!

Any amounts not squandered spent during a listing exercise drop straight to the bottom line. They’re conveniently “excluded” in the PowerPoint decks as “once-offs” but that doesn’t mean this money is not spent.

In the Dis-Chem example, the listing fees of R149 million equate to 9% of the entire business’s ‘other expenses’ incurred in the six months to 31 August 2016 (obviously listing fees will primarily be charged through in the second half, but given that the company’s expenses are split relatively evenly between halves, this gives you an idea of what to expect in H2). If, for argument’s sake, Dis-Chem incurred only half the costs anticipated in its listing, headline earnings per share for the second six months would be as much as 25% better off1!

PSG Konsult was highlighted in Wednesday’s analysis of Dis-Chem’s listing fees as an example of a company which had listed recently for a very modest amount. It had been trading over the counter prior to listing on the JSE which meant that many ‘standard’ fees would not have been incurred. It paid just R3 million in expenses related to its listing in 2014.

Piet Viljoen, executive chairman of RECM and Calibre (RAC), quietly pointed out this week that it spent just R1 million to raise R450 million in its listing of preference shares in 2010. In RAC’s favour was the fact that it didn’t need to pay bookrunners (i.e. the banks (and the lawyers who inevitably have to advise the banks)). It had the benefits of being able to lean on both RECM and Calibre (a private equity business with the same shareholders as RECM) and the experienced professionals in those businesses during the listing process. (PSG Konsult had a similar advantage.)

But, compare this R1 million to Rhodes Food Group (RFG) which spent R48.4 million to raise R600 million in 2014! In fact, RFG spent as much on its roadshow (according to estimates in its pre-listing statement) as RAC spent on its entire listing. It also had a contingency budget of four times as much as the total cost of RAC’s capital raising and listing.

In fact, RAC’s listing costs as published in its prospectus include VAT, whereas every single other company analysed in this research excludes it. As a fair comparison, then, it incurred just R877,000 in listing costs. There are certain fees – chiefly the JSE listing costs – that you’ll simply never get away from. These work on a sliding scale depending on market cap and have (obviously) increased since the days of RAC’s listing. Had it listed in 2016, it would’ve been charged R207,362 (versus the R135,134 it paid in 2010).

Investors, particularly institutions (as opposed to the public), who are generally participants in listings, should be demanding that executives sharpen their pencils a lot more. I’m not for a second suggesting every company can list on the market for R1 million! But, some (many?) of the figures published this week are simply absurd.

Prospective shareholders would also do well to interrogate these costs ahead of any capital raising or listing exercise. It is far too easy to get caught up in the heady world of investment banking and pay a fortune for services which are – quite honestly – commoditised. Unless of course, they’re being handsomely incentivised to polish the proverbial – in which case the business, arguably, shouldn’t be listing.

That’s not to mention the sprawling law firm head offices which dot the Sandton CBD skyline… These weren’t only bankrolled by our government’s love for expensive litigation! Dis-Chem, as one example, will be paying lawyers nearly R20 million in fees in its listing (13% of total costs).

RAC (admittedly with a listing raising only a tenth of the amount Dis-Chem’s looking for) paid R250,000 in legal costs. PSG Konsult didn’t pay lawyers at all.

There’s a lesson in that, somewhere… 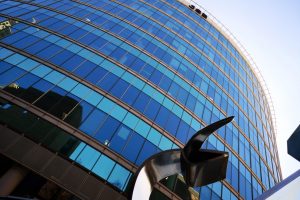 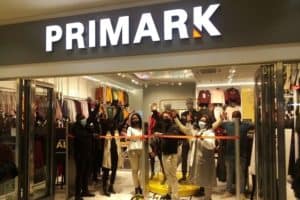 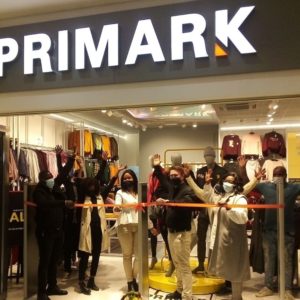