The revitalised, recapitalised company is on the front foot. 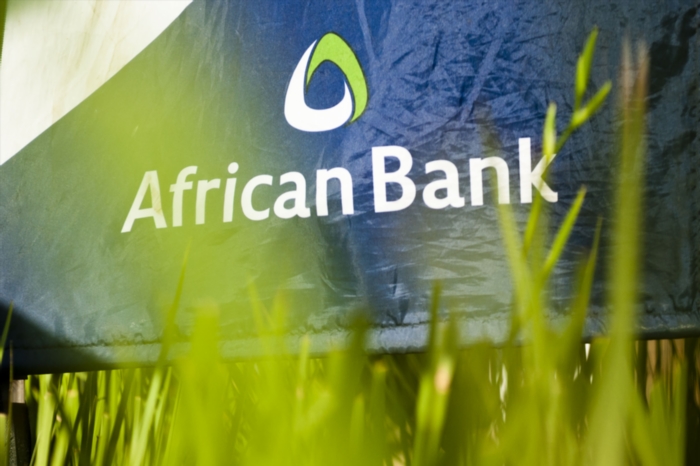 Chalk this one up to Team SA.

African Bank reported maiden interim results on Tuesday (post recapitalisation) for the six months ending September that demonstrate the herculean effort undertaken to revive the bank from the country’s corporate scrapheap has been justified.

“There were significant improvements across all aspects of the business,” says African Bank CEO, Brian Riley. The bank registered a maiden operating profit of R335 million for the period, with contributions from both the bank and insurance entity. The substantial impairment of goodwill of R1 947 million meant the bank registered an attributable loss to owners of some R1 678 million.

The bank owes its continued existence to the R10 billion equity injection provided by the South African Reserve Bank (SARB)(R5 billion), the consortium of banks (R2.5 billion) and the Government Employees Pension Fund (R2.5 billion), as well as the efforts of Tom Winterboer and the team that took over the reins during curatorship, and the current management team led by Riley, and chairman Louis von Zeuner.

Due to the SARB’s participation, Riley says the bank is one of the most highly regulated entities in the country at the moment, “so compliance is high on our agenda.” There have been no offers for the bank and there are no plans to list it, but Riley did concede that he does not expect the SARB to be long-term shareholders.

The new African Bank has an “unusual” balance sheet – it is extremely well-capitalised (has more money than it needs to sustain the current level of lending activity) to the point that Riley describes it as “inefficient.”

You can see in the graph how much cash the bank holds in relation to its outstanding advances. 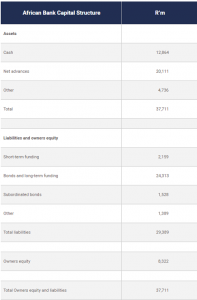 What a lazy, cash flush balance sheet does provide is an opportunity for the bank to transform itself from a monoline lender with a large branch network that facilitated unsecured lending, to an omni-channel, diversified offering, capable of weathering storms and appealing to a higher calibre client.

The bank plans to offer a transactional banking product by the fourth quarter of 2017. To this end, it has already invested R50 million in the back end IT platform, and has board approval to invest R125 million in the front end to realise this goal. The modernisation and upgrading of the bank’s branch network will see them go paperless by June next year. The focus on transactional bank and deposit taking (the bank only has R140 million in retail deposits) will also alter its risk profile from a funding perspective. “We want to add R375 million in deposits in this financial year before we launch transactional banking,” says Riley, which will contribute to the bank’s broader goal of lessening dependence on wholesale funding to less than 75% of total debt.

While for all intents and purposes it is a new bank, its legacy still brings positives and negatives. “We did analysis on the brand and we think it has sufficient stretch to be of appeal from a digital/transactional entry point of view,” says Riley.

The bank currently has 1.25 million customers (those defined as up-to-date, or in arrears, but not written off) spread across its 386-strong branch network. African Bank still receives 150 000 loan applications per month, and currently about 49% of them are being approved. “We have reduced risk appetite for short-term loans,” says Riley. This has seen an increase in the maximum loan size to R200 000 and an increase in the term to 72 months. The bank collects around R1.5 billion a month.

Given the bank’s distress, staff morale has suffered enormously. “I have seen morgues in better states,” says Riley. The bank has managed to stem the departure of top executives, but has some way to go with the troops on the ground.

The results also provided some clues to African Bank’s demise. Riley cited IT infrastructure as the area of the bank that was most underinvested in when the curator took over. “There were a lot of compliance issues as a result.” This was something Tom Winterboer moved quickly to begin correcting. Under his supervision, the bank began to invest in big data, which centralised the data from various warehouses. The bank has now spent R225 million since the SARB’s intervention on its IT infrastructure with more planned.

Following a full-scale business review, the business has been split into four segments: branch, digital, direct and corporate. This will facilitate the broadening of the bank’s product offering, as well as its omni-channel distribution. “We are going to offer a wide range of products, but not a full suite. The costs of compliance and our strategy will move us into the playing field of higher income banks,” says Riley.