Are school uniform prices coming down?

The Competition Commission is busy with a probe. 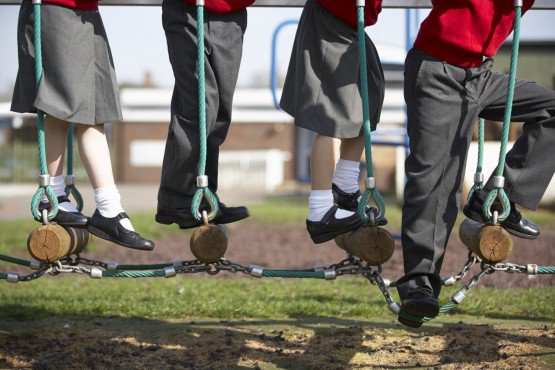 On Sunday I read a parent’s warning to a school principal that he could “be in for a caning” when the Competition Commission comes to investigate the prices his school is charging for school uniforms.  Should parents realistically expect school uniform prices to come down after the Commission’s probe?

Whenever I see a question posed in the title of a news article I assume the article will actually answer the question. I’m often left disappointed. So if you have kids in school and you’re hoping for a straightforward YES! (so you can squeeze your little one into last year’s uniform for a little longer), or a NO! (so you can give up hope), you’ll be disappointed. Because, as with so many things in life: it depends.

So the Commission is reported to be investigating exclusive supply agreements between schools and uniform manufacturers to see if these agreements have increased the prices of school uniforms to above competitive levels. Notice I didn’t say the Commission is investigating if school uniform prices are too high. If they were they would easily conclude that a school which sells plain white school shirts for R95, when the manufacturer sold it to the school for R30, is over charging. But the Commission can’t do that because the law is not that simple.

On the face of it, there are two provisions in the law the Commission can use to address high school uniform prices. One tackles the prices directly – the excessive pricing provision. The other tackles the probable cause of the high prices – the exclusive agreements provision.

The excessive pricing provision says it’s prohibited for dominant firms to charge excessive prices to the detriment of consumers. Barring creative economics, the Commission is unlikely to have success with this provision unless they can find that the firm charging the excessive price – in this case the school – is dominant in its market. A school is unlikely to be dominant in its market because parents often have a range of viable alternatives to choose from when looking for a school for their kids. The exclusive agreements provision says that firms in a supplier-customer relationship cannot enter into agreements that have a significant and negative effect on competition, unless they have justifiable reasons for doing so.

ALSO READ: Picking the best cellphone contract for your pocket

One of the established negative effects on competition is high prices. Assuming the Commission finds that the schools it is probing have long-term exclusive agreements with uniform manufacturers and that those agreements are the reason parents are paying high prices – since the parents can’t buy the uniforms anywhere else, the Commission would still need to prove that the effect of the exclusive agreements is significant. This is not impossible but it can be tricky when there are several viable school alternatives available to each child. And the sheer number of agreements the Commission would have to probe makes this an even more difficult task.

Sometimes it’s clear that there is a problem in a market: – school uniform prices are too high. It may even be clear what the solution to the problem is: prohibit exclusive supply agreements between schools and retailers so that parents can shop around for the lowest price. But legally speaking, the Commission may not have a linear path from the problem to the solution available to them in the law. Which leaves consumers with high expectations and puts the Commission under public pressure.

Its legal quagmires like this one that led the lawmakers to give the Commission powers to conduct market inquiries in 2013. Market inquiries are broad market assessments aimed at uncovering anti-competitive outcomes – such as high prices – in instances where no specific company or circumstance is solely responsible for these outcomes. So far, the one market inquiry the Commission has completed, the banking inquiry, has helped to open up the banking market and give consumers easier access to their money. Given the widespread concerns with school uniform prices, the market circumstances and the provisions of our competition laws, it seems to me that a market inquiry is a suitable process for the school uniform complaints.

But market inquiries take time. And little Johnny is growing fast. So in the meantime parents should hope the Commission can make a credible competition case against high school uniform prices or, if that fails, start a market inquiry. If all that fails: well there is always the tried and tested avenue of moral persuasion, which has already brought the Commission some success in this market. Your last option, mom, is to bring your kids to my son’s school, where they don’t wear uniform. And they’ll take any hairdo you like. Because they’re in the business of education. Phew.

Nandi Mokoena is an admitted attorney with 15 years experience in the field of competition law. She has worked in various roles in the Competition Commission, from investigating anti-competitive conduct to managing the Commission’s stakeholder relations. In the last five years she worked for the Competition Tribunal as its communications officer.