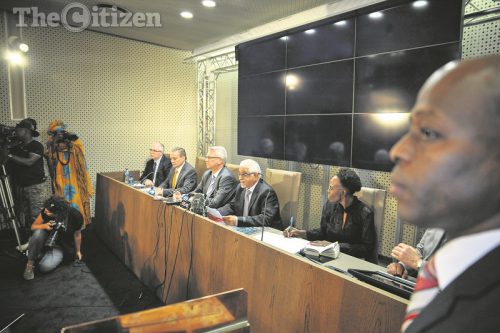 Formal complaints from Ford Kuga owners are streaming in to the National Consumer Commission (NCC) as Ford refuses to answer questions put to it about the matter.

By Friday February 10 the NCC had received altogether around 100 complaints from Ford Kuga owners about several different matters relating to their vehicles and at least a further 50 are on their way.

This follows after the Commission intervened in December as more and more incidents were reported of Ford Kuga’s igniting while on the road. The Commission stepped up its pressure on Ford SA to take action in January when the frequency of such fires increased drastically and Ford a month ago announced the recall of 4 556 Ford Kuga 1.6 litre vehicles manufactured in Spain in 2013 and 2014.

Ford has denied that the death of advertising executive Reshall Jimmy who burnt to death in his Kuga in December 2015 is related to the coolant problem they ascribe the fires to. The company stated, contrary to the findings of forensic investigator Dr David Klatsow that the fire in Jimmy’s vehicle started at the back, while the others started in the front of the vehicle.

Jimmy’s family is fighting for the company to take responsibility for his death and is driving a prospective class action against the company.

NCC spokesperson Trevor Hattingh told Moneyweb the Commission has received an initial batch of 39 complaints and a subsequent batch from the Jimmy family’s attorney Ron Montana. Over and above that, members of the public also hand complaints in directly to the Commission.

He said the complaints address a variety of issues and the Commission is working through them before deciding on the way forward. “The Ford matter is a priority for the Commission,” he said.

Jimmy’s sister Renisha Jimmy told Moneyweb that a further batch of around 50 complaints would be handed to the NCC, probably on Monday February 13. She said the initial 39 complaints did not include all Kuga owners whose vehicles caught fire. The outstanding complaints that have been handed to the Commission since brings the total to about 50, she says.

The other 50 complaints already with the Commission and the last 50 that are on their way deal with different issues, including overheating, electrical issues and loss of resale value. She said the complaints are not limited to the 4 556 vehicles that have been recalled, but includes other Kuga models and also other Ford vehicles.

Renisha Jimmy said the complainants hope that the Commission will in the next week decide to institute a formal investigation into the Ford matter. If not, the complainants will escalate the matter to the Consumer Tribunal.

A formal investigation would authorise the Commission to appoint its own experts to get to the bottom of the problems.

Renisha Jimmy said they met with the Commission last week and requested it to pay special attention to her brother’s matter due to the seriousness of it.

No answers from Ford

Ford did not answer questions Moneyweb put to it. These related to the subsidy Ford SA offers to dealers to trade in Kugas from owners who don’t want them anymore, whether it has made contact with Kuga owner Shaun Thompson whose 2.5 litre model caught fire in 2015, compensation for owners whose vehicles were destroyed or damaged by fire, reports about a similar incident in New Zealand recently, the number of vehicles that have completed the first phase of the recall and progress towards the second phase.

Instead, Ford SA sent Moneyweb a generic 4-page statement. Read the  Ford statement here. In its statement Ford says it met with the Commission last week to update it about the progress made on the recall.

It said there have been no incidents since the recall was announced on January 16 and adds: “While Ford manufactures cars with the safety of their customers top-of-mind, all vehicles are occasionally susceptible to issues in the design and manufacturing process that can lead to performance and quality issues under certain conditions. In such instances, Ford must determine what steps to take, including initiating a recall. This is driven by a case-by-case analysis.”

It again denies that the identified problem with the coolant system led to any fatalities or injuries.

Ford SA CEO Jeff Nemeth adds: “I want to stress that with the first stage of the safety recall completed, and with proper maintenance of the coolant system, the 1.6 litre Kuga is safe to drive.”

In the meantime Kuga owner Thulani Hlope from Mbombela had a close call last week when his 2013 Ford Kuga 1.6 litre model overheated.

Hlope told Moneyweb his vehicle had been with Numbi Ford in White River since November for repairs following overheating due to a flywheel problem. He was using a courtesy vehicle. When the recall was announced in January, he requested the service centre to do those repairs as well before returning his vehicle.

Part of this would have been to replace the vehicle’s water bottle, but since his had been replaced earlier, he accepted to the technician’s contention that it did not need replacement.

About two weeks ago he got the vehicle back, but a day or two later saw something like a mudguard loose under the engine. When he took it in on Monday last week to have it fixed, the technician noticed that levels in the water bottle dropped substantially.

They agreed that he would take the vehicle while the service centre waited for a new water bottle to be delivered. He had an appointment to have it fitted on Wednesday February 15.

On Thursday February 6 he was driving to lunch, when the vehicle suddenly lost power and stopped, with smoke emerging from the engine.

He called the fire brigade that came and opened the engine, only to find that it was actually steam from the overheating and there was no fire.

Hlope says his car’s engine got damaged. He feels there is something really wrong with the vehicle and has decided to take it back to Ford. He is currently waiting for an offer, including the top-up that Ford South Africa is offering affected Kuga owners.