Which areas have soared (while much of the rest of SA flatlines)? 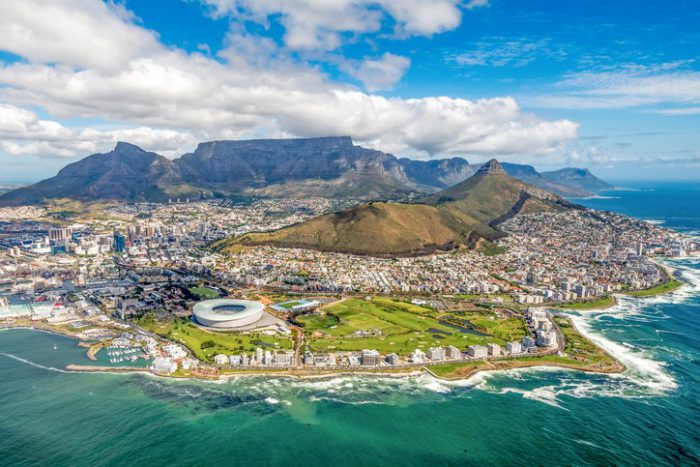 The average prices of property on the Atlantic Seaboard in Cape Town have more than doubled since 2012, and are up nearly sevenfold since 2001. And there’s no sign of a slowdown, yet, with a “massive” and still accelerating growth of 22.9% in the fourth quarter of last year. This research, conducted by FNB Household and Property Sector Strategist John Loos, used Deeds Office data across various sub-regions in the Cape metro.

Five areas outperformed the overall average house price growth seen across the metro over the past five years:

Overall price inflation in the metro is almost exactly double the national House Price Index published monthly by the bank over the five year period. Another way of looking at this is that other areas (smaller provinces, as well as mining and holiday towns, for example) have lagged dramatically, given that this data is all rolled up into the single figure.

In Cape Town, even recent laggards such as Somerset West/Strand and Atlantis have outperformed the index (and inflation) by 10 percentage points since 2012. 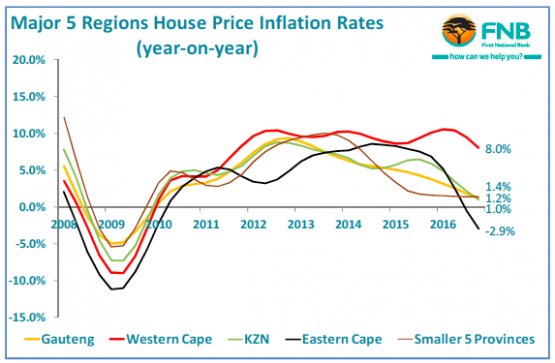 Of course, because this is a national average, it will not apply to every size and type of home in every possible area in the country. Loos’s detailed research shows the divergent performances of sectional title vs full title house prices (the former has marginally outperformed the latter), with smaller homes (especially in sectional title schemes) outperforming larger ones.

Property prices in major metros have tended to outperform other cities and towns and those in former township areas in the metros have generally outstripped price growth in the broader metros. 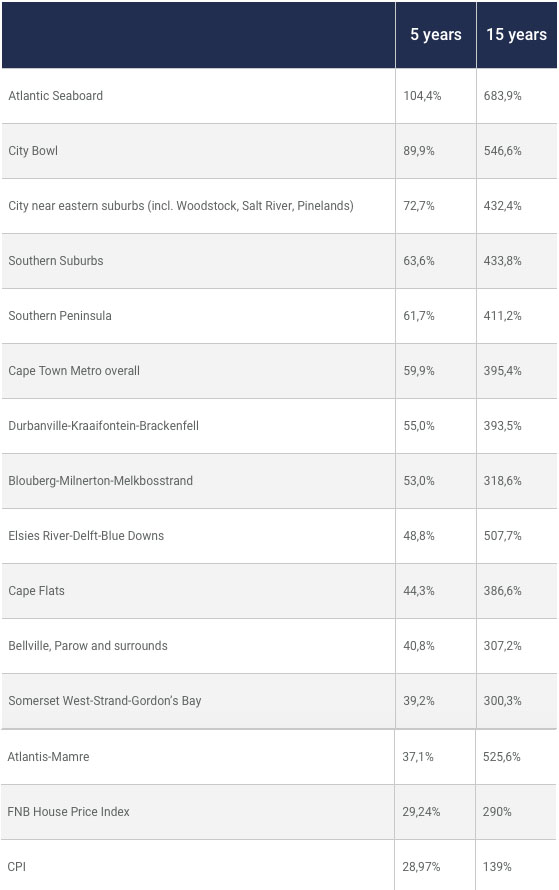 Over a longer period, since 2001 when the FNB House Price Index started, two regions – Atlantis and those surrounding the University of Western Cape and Cape Peninsula University of Technology (to the north and east of the airport) – outperformed all but the City Bowl and Atlantic Seaboard.

In recent years, the commuter region of Bloubergstrand/Milnerton/Melkbosstrand is cited by Loos as one that has become more popular, perhaps because of the fact that it is “more affordable (or less in-affordable)”. But even here, year-on-year house price inflation in Q4 2016 was still 12.5%. 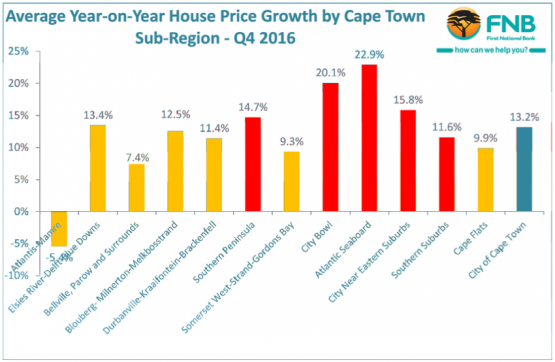 Loos does believe that a “little over-exuberance” has probably crept into the market, especially in the two regions (City Bowl and Atlantic Seaboard) that have vastly outperformed the rest.

He points to topography as one of the (obvious) major supply-side drivers, but adds two others: the city’s “growing traffic congestion challenge” as well as “the fact that some of the city’s prime business and employment nodes, most notably the CBD (Central Business District) and Claremont, are in close proximity to the mountain”.

“This should imply a longer-term shift in a portion of residential demand towards areas closer in proximity to the Cape Peninsula, and we believe it has.”