If governance is inadequate, everything else will fail, NPC commissioner says. 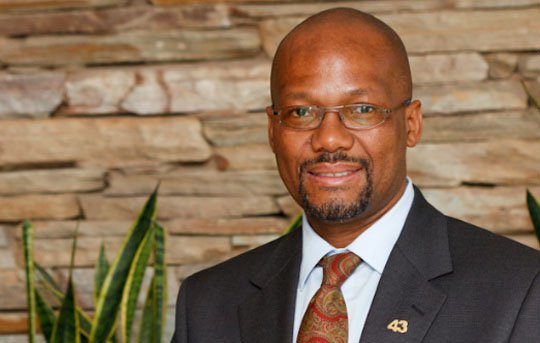 South Africa does not want to deal with its real issues, the part-time commissioner of the National Planning Commission (NPC) has said.

“There is no point in spending time talking about the symptoms. We need to knuckle down as a society and think about the sources of these problems. How do we resolve them, together?”

It wasn’t only up to the state to resolve the underlying problems, Masilela told an audience hosted by Ashburton Investments and the Principles for Responsible Investment (PRI) Association. Households, corporates and pension funds had to take collective responsibility.

“We do not want to deal with the real issues. We fear the real challenges. We will only talk about the periphery.”

He said politicians and business people have suggested that the emphasis of the presidential CEO group was to avoid a downgrade.

Therein lay the problem, he argued. The best brains in the country came together to discuss a symptom and didn’t ask how South Africa got to such a point.

The question that should have been asked in these meetings was why South Africa has digressed, he argued.

“Because it wasn’t asked, because it wasn’t very clear to everybody around the table what this initiative was about, it is probably the reason why we are where we are today. We did not really understand the underlying philosophy of this grouping and this is why I conclude that we probably fear to deal with the real issues.”

It was fashionable to talk about growth and unemployment, because that was what poor people wanted to hear, he said.

His comments come amidst a turbulent political and economic time for South Africa, after S&P Global Ratings and Fitch downgraded the country’s sovereign credit rating to junk. The downgrade followed a decision by president Jacob Zuma to replace the Minister of Finance, Pravin Gordhan, and spurred fears that South Africa could fall into recession at a time when it was struggling to address poverty, unemployment and inequality.

Masilela said the 2015 Sustainability Leaders Survey previously showed there was a positive correlation between good governance and good economic performance.

“If you believe that, then you will start asking the question: what is the likely outcome for South Africa for the next five to ten years given the governance environment we are faced with?”

Masilela said the survey showed Germany and the Nordic countries were leading the way with governance globally. At the same time, their growth and social welfare records were unparalleled.

“If you want to be like the Nordic countries, we cannot do it by tweaking policies – trying to change exchange rates [and] trying to change interest rates… It has to be the fundamentals first. The rest of the policies sit on your governance structures. If governance is not right, everything else is going to fail.”

In 1994, South Africans were looking for housing, education, health and transport. Today, education is at the bottom and locals are thinking about bread and butter issues – including food, water and energy.

“That says to me we have retrogressed socially. Our social objective function is worse today than it was in the past.”

The poorest 20% of the South African population accounted for less than 3% of total expenditure, while the richest 20% accounted for approximately 65%.

Masilela said the common thread across all the determinants of inequality was education.

“If you resolve education as a country, you have resolved a significant part of the inequality conundrum that we are faced with.”

Masilela was not convinced that South Africa was doing enough to overcome the legacy of the Bantu education system.

The same applied to skills in the workplace, he said.

But while organised labour called for increasing the social wage, it went against its own mantra when teachers went on strike and compromised the quality of education, he said.

Masilela said the social compact was at the heart of the National Development Plan. One of the major objectives of Nedlac, which was set up in 1995, was to develop a social compact for South Africa.

Masilela said Nordic countries understood the social compact. When Swedish citizens paid a significant percentage of their salaries towards tax, they didn’t complain because they knew they would get good service for their contribution. But when South Africans paid 30% they complained because they were not convinced of the value for their money.

“That is the psyche that needs to change. So each one of us has a role to play in making sure that we match the value for money issues in everything that we do.”