Tax revolt: The frustration is growing

But Sars has the upper hand. 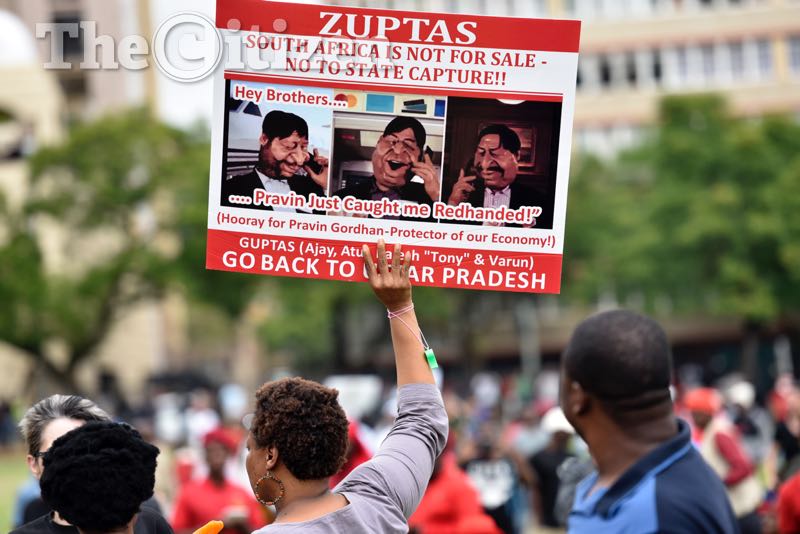 “Nothing but a tax revolt will turn this ship around.”

This is the sentiment expressed by a Moneyweb reader below a recent article after two and a half weeks of significant political and economic turmoil.

On Friday and Wednesday, large groups of protesters demanded that President Jacob Zuma step down. This followed after he fired his respected finance minister, Pravin Gordhan, a move that saw S&P Global Ratings and Fitch downgrade South Africa’s sovereign credit rating to junk. Although a stench of corruption has surrounded Zuma for years, he remains in power.

References to a tax revolt have surfaced on a number of occasions over the past two years, with prominent individuals in the tax community warning that tax morality could suffer if corruption wasn’t addressed. The greater the level of corruption, the higher the possibility of a tax revolt, the head of the committee tasked with a review of the tax system, Judge Dennis Davis, previously warned. The Tax Ombud, Judge Bernard Ngoepe, cautioned that if taxpayers got the impression that those charged with the administration of their money were unethical, they would not pay their taxes.

On Wednesday last week, Phuti Mahanyele, executive chairperson of Sigma Capital, wondered aloud what would happen if the roughly 10% of the population that paid income taxes, didn’t pay taxes for four weeks of the year.

“Now I’m not saying that we must, but what if? The reality is that we have got power and we need to stop giving it to somebody else to speak to us,” she said.

And it seems that some taxpayers are indeed saying enough is enough.

The Commissioner of the South African Revenue Service (Sars), Tom Moyane, sounded a word of caution last Monday when he said South Africa is “seeing the beginning of a disturbing trend whereby tax compliance levels are beginning to deteriorate”. A large number of provisional taxpayers seemed to have submitted nil returns in recent months.

Moyane unconvincingly attributed the development to negative media coverage and criticism against Sars.

But while the withholding of taxes will likely get a stamp of approval in populist circles, it is not something to be taken lightly. The role of the tax system and tax collection in ensuring public service, social stability and economic prosperity is often not appreciated enough.

Although taxpayer unions have had some success with withholding their municipal taxes and paying it into trust accounts until services were provided, there are no provisions in the Income Tax Act or Tax Administration Act that would allow citizens or corporates to legally withhold their taxes from Sars, Piet Nel, head of the School of Applied Tax at the South African Institute of Tax Professionals (Sait), says.

Unlike e-tolls, where a new system had to be set up, arguably allowing individuals to refrain from registering or paying, the system that facilitates payment of personal and corporate income tax and VAT is already entrenched and will be difficult to circumvent in the long run.

Nel explains that where a provisional taxpayer stops submitting tax returns, Sars could create a tax debt by issuing an adjusted or estimated assessment. While Sars has to follow quite a lengthy process to collect this tax debt in the event of non-payment, it is ultimately entitled to collect the debt directly from a third party (for example the taxpayer’s bank account).

Against this background, taxpayers often rather choose to minimise their tax debt, as withholding tax can become a tedious, frustrating and expensive process, he says.

While Sars are also legally allowed to collect tax debts from third parties where the taxpayer is a corporate, taxpayers offering services to state institutions or who tender for government contracts may be unable to venture down this path as they are required to include tax clearance certificates when submitting a tender or invoice. These requirements affect a significant number of taxpayers, Nel says.

Although withholding payments would frustrate Sars’ revenue collection efforts, it ultimately has the upper hand, he adds.

Ferdie Schneider, national head of tax at BDO SA, questions whether a tax revolt is the right course of action. The tax system is not supposed to be an instrument to bring about political change.

If VAT vendors collected VAT from consumers but kept it in trust for the benefit of Sars, or adapted their systems and stopped collecting VAT altogether, it is likely that Sars would take the largest taxpayers, such as the retailers and banks, to court. As many of these companies are listed, court action would be detrimental to their shareholders, and would, as a result be something they would want to avoid, he says.

Sars and the courts would also act against employers that withhold employees’ tax and keep it in trust for Sars’ benefit or stop deducting these payments altogether. Whilst withholding company tax may practically be the easiest “revolt” option, the ramifications for boards or directors would make it unlikely that this route would find support, he says.

Schneider says against the background of South Africa’s sophisticated tax system, going offshore (either by way of a brain drain or capital outflows) is probably the only way to “revolt”. But while taxpayers remained South African tax residents, they would still be taxed on their worldwide income.

In the highly unlikely event that taxpayers revolt to such an extent that Sars don’t receive any tax revenue in the short term, services would come to a standstill, it would be too expensive for government to borrow more money following the downgrade to junk status and the economy would collapse, he says.