Corporate governance consultancy Ratings Afrika has called on the JSE to “act in the interest of shareholders” following the non-disclosure before listing by Novus Holdings that 31% of its revenue upon listing was dependent on the life of one man.

The non-disclosure Ratings Afrika refers to continued until January 26, after which and upon the death of Novus chairman and non-executive director Lambert Retief, Novus issued the following Sens announcement:

No disclosure was made despite Novus having announced in July last year that Retief was taking six months medical leave.

Novus CEO Keith Vroon recently told Moneyweb the Media24 printing contracts accounted for about 25% of company revenue in the 2016 financial year. That would put its value at around R1 billion. While down from the 31% stated in the pre-listing statement (PLS), the sales to Media24 are still material.

In a trading statement issued on April 12 Novus stated that the group has an agreement in principle with Media24 for a new printing contract, but it did not provide any detail. It did warn in the same statement that its headline earnings per share for the year ended March 31 would be at least 42% lower than the previous financial year, due to among other things tough trading conditions.

He says in a section in the PLS about risks associated with the company, it is mentioned that the loss of a “standing printing agreement with Media24”, would “result in a drop in revenue and profits” and “also has the ability to potentially leave the Company with under-utilised equipment”.

Kocks says: “At no point is mention made of an extraordinary commercial or legal relationship between the company and its holding company, and in fact the section referring to material contracts states at p57: …there are no contracts which are restrictive funding arrangements and/or a contract entered into (whether verbally or in writing) otherwise than in the ordinary course of business carried on, or proposed to be carried on, by the Company or its Subsidiaries during the two years preceding the Last Practicable Date, or at any time but containing an obligation or settlement that are material to the Company or its Subsidiaries. (our underlining)”.

He says the “Restated Management Agreement” which was included in the PLS refers to an agreement between the company and its holding company (Media24), “but it contains no information about an extraordinary clause entitling the holding company to terminate the agreement should Mr Retief pass away.”

Kocks says the only place that termination is mentioned, is on p24 of the PLS under the heading “Entrenched customer relationships” where the printing agreement is called “indefinite”. “No link is made there with the lifetime of Mr Retief, and in fact on p157 it is stated explicitly that if Mr Retief is no longer a party to the restated Management Agreement, the agreement outlives him.”

The authors of the PLS are fully aware that an agreement is worthy of mention as a risk factor (both on income statement and on balance sheet) and thus to be regarded as material, yet they make no mention of the fact that this critical agreement (providing more than 25% of the turnover for Novus Holdings) can be terminated if Mr Retief passes away, Kocks says.

The term “Standing printing agreement” further has a very long-term implication, he says.

He is of the view that a case might thus be made out that the statement on p57 of the PLS is untrue.

Moneyweb asked Novus Holdings to point us towards the relevant pre-listing disclosures. The company provided the following two excerpts from the PLS, which according to Kocks do not provide the necessary disclosure:

Novus further told Moneyweb in an emailed response to questions that “at the time of the pre-listing statement and restated management agreement approvals, there was no requirement to include a statement/clause referring to the death of Lambert Retief”.

Kocks says Ratings Afrika is of the opinion that sound governance requires that entities like Novus Holdings and Media24 provide full appropriate sustainability-related information to new shareholders before listing and thereafter.

“We specifically hold the view that if the standing printing agreement contained a clause entitling Media24 to terminate it following the death of a large shareholder who also was the chairman of Novus Holdings, this should have been disclosed clearly before listing. It should also have been disclosed at times when reporting thereafter. The fact is that this was not divulged to shareholders generally before January 26 2017.

“There is in our view no doubt that the lack of disclosure is unsound governance, of a breathtaking nature,” he says.

He further questions “the whole construct of a critical and material standing printing agreement being capable of termination when one person at the head of a listed company passes away” and says it raises very uncomfortable questions on the soundness of governance.

“The only fair resolution that we can envisage is that the agreement be kept in place and thus that the holding company relinquishes its right to terminate under this circumstance,” Kocks says.

“We hope that the JSE will also take note and act in the interests of shareholders in Novus Holdings.”

Disclosure: Moneyweb’s majority shareholder Caxton is a competitor to Media24. 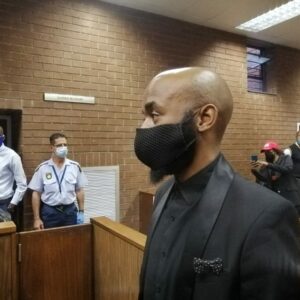