Growth has contracted by 0.7%. 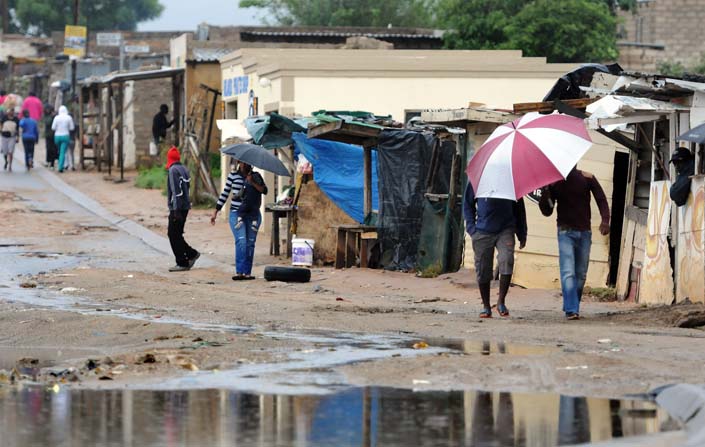 South Africa has entered recession for the first time in eight years, data from Statistics South Africa showed on Tuesday, after the economy contracted in the first quarter, led by weak manufacturing and trade.

The economy contracted by 0.7% in the first three months of the year after shrinking by 0.3% in the fourth quarter of last year, the statistics agency said.

It was the first time two consecutive quarters showed contraction — a definition of recession — since the second quarter of 2009, although there have been individual quarters of so-called negative growth in more recent years.

Economists polled by Reuters had expected a quarter-on-quarter GDP expansion of 0.9%. “We can now pronounce that the economy is in recession,” Statistics South Africa Deputy Director General Joe de Beer said. “The major industries that contracted in the economy were the trade and manufacturing sectors.”

Gross domestic product rose 1.0% on an unadjusted year-on-year basis in the first quarter, compared with 0.7% contraction in the previous three months, the agency said.

The rand extended its losses against the dollar to more than 1% to a session low of 12.8525/dollar. Government bonds also weakened.

The poor growth numbers will pile more pressure on the government to get the economy back on track faster as it aims to stave off further credit ratings downgrades.

Ratings agencies S&P Global Ratings and Fitch last week said risks to ratings include weak economic growth and political uncertainty ahead of the ruling African National Congress (ANC) conference in December when a successor to President Jacob Zuma as party leader will be chosen.

Zuma can remain as head of state until an election in 2019.

Moody’s — whose Baa2 rating is two notches above “junk” — is reviewing South Africa for a possible downgrade.

Pressure on Zuma, including from within the ANC has swelled since the cabinet reshuffle and allegations of influence peddling by some of the president’s wealthy friends .

The new dawn has failed drastically, says EFF on unemployment crisis
4 days ago
4 days ago

SA unemployment crisis: Some walk 15km in search for daily piece jobs
3 months ago
3 months ago

The new dawn has failed drastically, says EFF on unemployment crisis
4 days ago
4 days ago

SA unemployment crisis: Some walk 15km in search for daily piece jobs
3 months ago
3 months ago