Government has failed to deal with corruption because competent leadership has 'been replaced by incompetence', says the former minister. 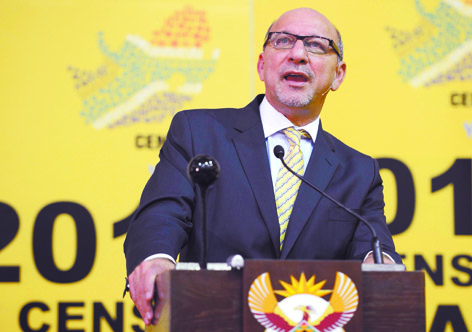 Speaking at the GIBS Ethics and Governance Think Tank in Sandton on Tuesday night, Manuel slammed current ministers on Zuma’s Cabinet, saying government had failed to deal with corruption because competent leadership had “been replaced by incompetence”, HuffPost reported.

“You look around the world today, and it seems to be okay for people to get away with what they can get away with. Start with our own president – he is corrupt and has demonstrated himself incapable of leading this nation,” Manuel was quoted as saying.

The former minister said corruption in the country needed to be treated as a violation of law and not just as an ethical misdemeanor.

Pityana said the business community in the country should not be removed from politics, as it had the responsibility to play a meaningful role in society while also urging business to call out government on its mistakes.

“The immediate presumption is that the first thing we do as soon as you are in trouble is to cut jobs. But the circumstances under which this happens are sometimes exacerbated. The challenge of creating jobs is not just a business one. The macroeconomic environment is essential to this,” Pityana said.

According to the report, Pityana also took a swipe at Finance Minister Malusi Gigaba, saying he lacked integrity and should not be trusted with public finances.

“I’d be disappointed if business leadership goes and meets the government, and doesn’t say Mr President, your minister of finance should never have been minister of finance because he doesn’t have integrity. You know for a fact that he has been implicated in the Gupta leaks, and you can’t entrust him with the finances of the nation,” he said.

Mkhize optimistic that troubles in the ANC can be fixed