Mobile wallets are convenient but in the case of one bank, fairly pricey.

While Absa pioneered a way to send money to any cell phone number with CashSend in 2008, four of the country’s five retail banks now offer similar services to clients. FNB and Standard Bank quickly caught up, with their eWallet and InstantMoney offerings launching in 2009 and 2010 respectively. Nedbank unveiled Send-iMali in 2014, while Capitec allows customers to send money to other Capitec clients only.

The services are very similar at the core, allowing bank account holders to send money to a receiver’s mobile phone number via automated PIN codes. The receiver then withdraws cash at that bank’s ATM, or other channels. Because of their flexibility – they don’t require the recipient to have a bank account, the money is available instantly, and it is withdrawn as cash – most banks have charged a premium for the service (versus a typical electronic payment).

These have become very popular channels for transactions such as paying domestic help, remittances, or even sending money to friends. Businesses have adopted these services too, especially those who rely on low-skilled/temporary workers (think: builders, garden services). And, in some instances, they’ve also become a useful “get out of jail” card enabling a user to send money to themselves if they’ve forgotten/lost their wallet and only have their phone with them. What has diverged substantially is the costs of using these services (in all instances, the sender pays to perform the transaction).

Absa’s CashSend, however, treats the transaction in the same way the bank charges for ATM withdrawals (and it operates in practically the same way as it did upon launch nearly a decade ago). This means it is hands down the most expensive of the four (/five) for any transaction. Furthermore, it limits the amount per transaction to R1 000.

*Various limits exist per transaction, per day, and per month

In mid-2017, FNB flat-rated the pricing of its eWallet service, regardless of the amount being sent (previously, pricing was set according to different tiers). Both Standard Bank and Nedbank have different prices for transfers below and above R1 000, with Nedbank’s Send-iMali being noticeably pricier (aside from Absa). Capitec’s more restricted offering costs the same as making an electronic transfer or payment.

An alternate way of looking at this is by calculating the cost of sending money as a percentage of the money being sent.

Standard Bank has differentiated its InstantMoney offering by extending it to supermarkets and other retailers as a way of broadening its ATM footprint (critical for withdrawals). Money can be sent or redeemed via the bank’s electronic channels, selected Spar stores, Makro, Cambridge Foods and Choppies outlets as well as selected Game and Builders Warehouse/Superstore outlets. The other four banks rely mainly on their ATM networks for redemptions (FNB also offers withdrawals from selected Spar stores).

FNB has extended its eWallet product beyond a simple linear money-send offering, where the full amount has to be withdrawn at once. Rather, the eWallet exists as a “virtual account” which operates in a similar way to a normal bank account. Receivers get one free withdrawal (enabling them to cash out like with rivals’ offerings), but a receiver can also keep money stored in the wallet to cash out later (fees apply) and use it for prepaid airtime, data or electricity purchases via the bank’s channels. Standard Bank will soon offer a similar mobile wallet service. 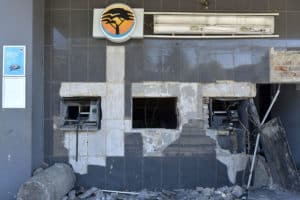 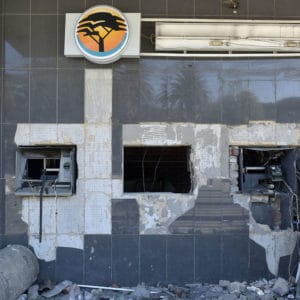 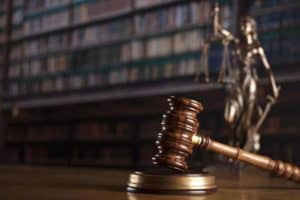 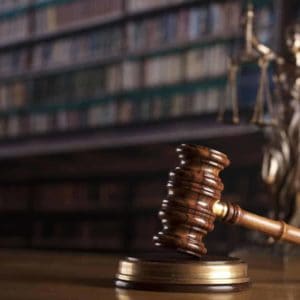