Capitec, the country’s second-largest retail bank by number of customers, has increased fees for electronic payments made via its mobile app for the first time since it launched the channel four years ago. This is also the first fee increase for payments made via internet banking since at least 2011. From March 1, fees increased by 6%, from R1.50 to R1.60 per transaction.

This may sound low, but transaction volumes are up 39% year-on-year as at end-August on these channels. The bank noted then that nearly three-quarters of transactions possible on self-help devices are done on those.

With the exception of the monthly fee charged for its credit card (flat at R35), it has increased fees across the board. The bank simplified its fee structure last year (read: Capitec shows how simple bank fees should be) and this has remained in place with five amounts covering the majority of paid transaction types.

Some fees, like the fixed charge for withdrawing cash at any other local ATM (R8.75) increased by just 3%, while others are up closer to double-digits. When compared to the charges at other banks, it is not a stretch to suggest that Capitec is subsidising these withdrawals at other ATMs to ensure a far broader footprint than it has currently (4 281 as at end August 2017), providing more convenience to its clients.

The monthly account fee for its Global One account is up by 4.5% to R5.75, and with over 9.1 million clients as at end-August, this will translate into an impact of more than R30 million in extra transaction fees in the coming financial year. 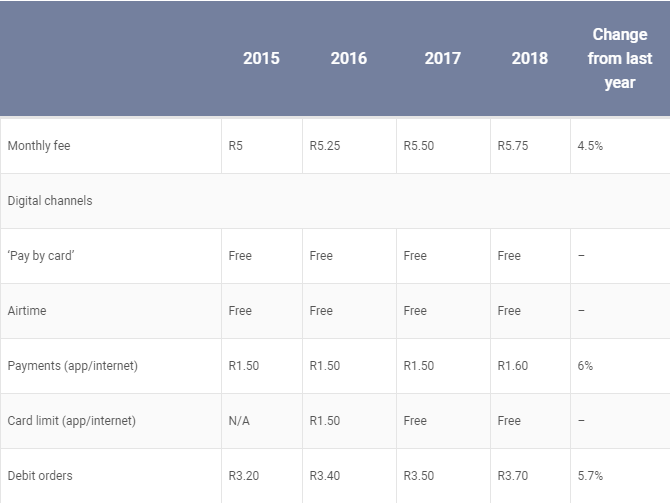 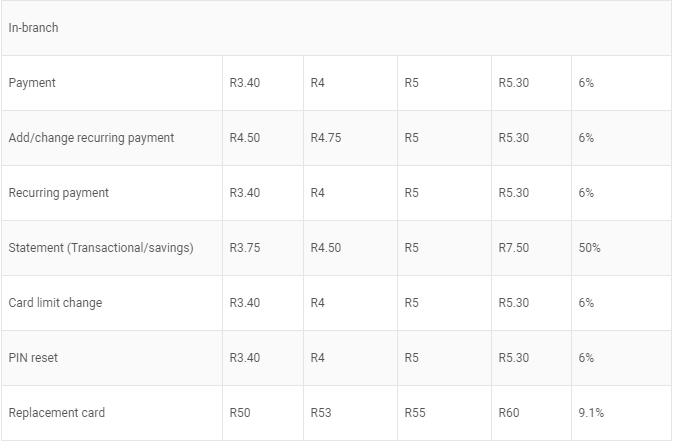 Many common in-branch transactions, including payments and transfers, are up 6% from R5 previously to R5.30. Capitec has hiked the price of a printed statement (in-branch) for a transactional or savings account by 50% to R7.50. This is surely to help force a change in behaviour from its customers, considering statements are available for free on digital channels and at a charge of R2.50 at ATMs. 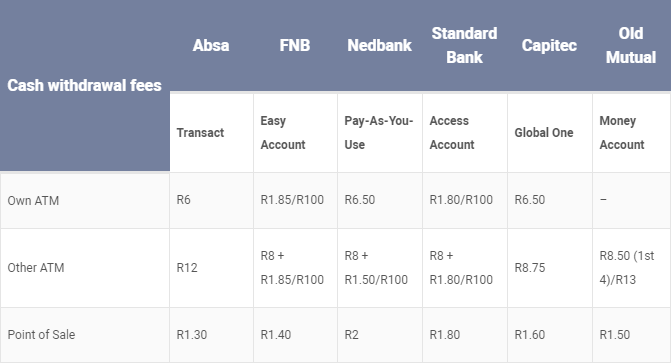