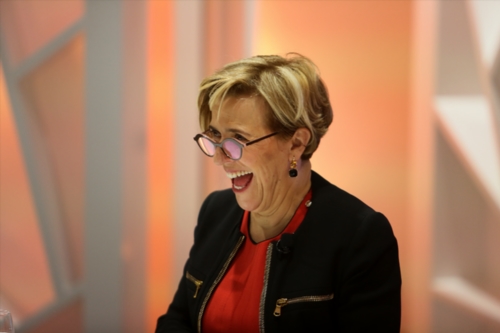 Barclays Africa Group (soon to be renamed Absa Group) CEO Maria Ramos is the top-paid executive among the big five banking groups. In 2017, her remuneration totalled R61.9 million, comprising the R29.9 million in fixed and variable remuneration as well as the R32 million in restricted share award (RSA) and long-term incentive plan awards made during the year.

However, Barclays Africa and FirstRand use a different methodology from the other three banks (Standard Bank, Nedbank Group, Capitec Bank). They disclose the value of long-term incentives awarded during the year, versus the other three which disclose the awards which vested in 2017. Either could be argued as “accurate”. Investec is deliberately excluded from this comparison as remuneration is in pounds, which skews it dramatically (after conversion).

On a ‘single figure’ basis, Ramos was paid a total of R37.5 million, comprising her fixed remuneration, non-deferred short-term incentives plus payments from those short-termincentives previously awarded. Barclays Africa Group excludes any long-term incentives from its disclosure.

Remuneration for executives is comprised of the following, and disclosed accordingly:

Remuneration is disclosed for executive directors and (what banks define as) prescribed officers.

Capitec Bank CEO Gerrie Fourie, whose remuneration is heavily skewed towards long-term incentives, received a total of R56.6 million in the year to end-February 2018. Of this, R41.6 million is the value of share options and share appreciation rights which will vest this year based on performance in the 2018 financial year.

Taking into account long-term incentives awarded in 2017, Ramos was paid R7.5 million more than David Hodnett, Barclays Africa Group deputy CEO, who is on a two-month sabbatical following a reorganisation of the group into four units earlier this month.

FirstRand CEO Johan Burger, who retired on March 31 2018, was paid a total of R53.89 million in the year to June 30 2017. This included R18 million in long-term incentives awarded during the year.

When considering short-term incentives (whether cash or deferred), seven of the 27 executive directors and prescribed officers at the big five were paid R20 million or more in the most recent financial year. It is no surprise that these seven, plus Ramos and Hodnett, are the nine best-paid executives when only looking at guaranteed pay plus short-term incentives.

The best paid CFO or financial director is Capitec’s André du Plessis, but this is skewed by the R30 million in long-term incentives which will vest this year based on performance in the 2018 financial year.

Standard Bank’s Arno Daehnke and Jason Quinn of Barclays Africa Group were both paid over R30 million in the year, while FirstRand’s Harry Kellan and Nedbank’s Raisibe Morathi were paid over R20 million.

The best-paid prescribed officer is Peter Schlebusch, the chief executive for personal and business banking at Standard Bank, who stepped down on March 31. He was paid R44 million, of which R27 million comprised short-term incentives (R14.85 million is share-linked and deferred).

All four executives running corporate and investment banking divisions earn over R30 million a year (this double counts David Munro and Kenny Fihla at Standard Bank as both headed CIB in 2017). Barclays Africa’s CIB unit continues under co-chief executives, Temi Ofong and Mike Harvey, who are not on the executive committee (Exco) and report directly to Ramos.

Hilton Tarrant can still be contacted at hilton@moneyweb.co.za.

He owns shares in FirstRand, first purchased in July 2011.