Is SA scaring off foreign investors? 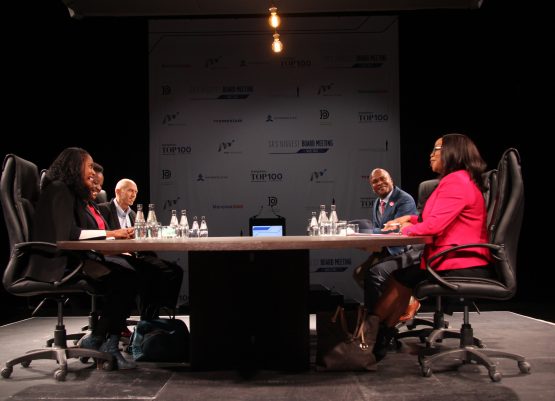 South Africa is sending the wrong message to foreign investors, a mining analyst has warned.

Speaking at The Director’s Event on Friday, Peter Major, director for mining at Cadiz Corporate Solutions, said this has stymied the economy, even though interest rates have been low and commodity prices have improved.

Investors had turned the page, Major said. Until South Africa changed course and gave them a reason to invest, they wouldn’t.

“Why will they [foreign investors] come here? Because they want to make money on their money. We don’t even tell investors you are going to get your money back. We say: ‘Put your money here. We are going to take some of it to pay for past problems’, even though a lot of these investors had nothing to do with it.”

Major said South Africa should lure investors with excellent returns the way Zambia and Zaire had done in the new millennium, but instead it was passing mining charters and contemplating various mining taxes.

But Enoch Godongwana, chairperson of the ANC’s sub-committee on economic transformation, said Major was not being fair. The ruling party’s thinking around mining had “completely changed” since a former mining official made a controversial speech at the Australian Mining Indaba, something Major cited as an example of South Africa “saying the wrong things”.

Godongwana said minister of mineral resources Gwede Mantashe’s strategy is clear. South Africa is rated 74th out of 91 countries in terms of its attractiveness as a mining investment destination. With regards to policy, it sits in 89th position. Given the country’s resource base, it should be at 21.

“That is where we are heading at the moment,” Godongwana said.

Mantashe has set up two committees to work with the Chamber of Mines. One is looking at inclusive growth, while the other is investigating how to fine-tune the charter in a way that is compatible with its strategy on competitiveness and inclusive growth.

Godongwana was adamant that the country could rise in the rankings if stakeholders worked together.

“We can sit at number 21. The Chamber of Mines is predicting that if we achieve that, we can grow the mining sector four times.”

Godongwana admitted that the ANC had made mistakes.

South Africa had to work at rebuilding confidence and continue its reform process, he argued.

While confidence has improved since President Jacob Zuma was replaced by Cyril Ramaphosa, the shock first quarter 2.2% GDP contraction has highlighted just how fragile the economy is.

“I think that if we comfortably grow at a sustained level [of] 3 to 5% … over the next 10 years, then you will start to see the change that we want to see.”

Drawing on work from a Harvard professor, Leoka said the country suffered from “premature load-bearing”. Even though policies such as the RDP (the Reconstruction and Development Programme of 1994) had “kind of failed”, policymakers kept on adding to it with Gear and Asgisa (the Growth, Employment and Redistribution strategy introduced in 1996, and the Accelerated and Shared Growth Initiative for SA, which replaced Gear in 2005).

“We keep on adding without actually committing ourselves to a policy and implementing it.”

Asked whether the trust deficit between government and business – something that had been raised numerous times in the wake of Zuma’s decision to fire finance ministers Nhlanhla Nene and Pravin Gordhan – had been fixed, Busisiwe Mavuso, COO of Business Leadership South Africa, said the parties were working on the matter.

“I think this current administration gets that,” said Mavuso. “Yes, we need to continue pushing them in the right direction … I don’t think that we are at a space now where we are saying that we have arrived. You know, when everything is well. No, far from it. We haven’t arrived and not everything is well.”

Ramaphosa hopes to attract $100 billion in new foreign direct investment into South Africa over the next five years and has appointed four investment envoys to find opportunities.

Mavuso said it would be disingenuous to not give credit to the current administration.

Political analyst Ralph Mathekga said South Africa’s problems were not as complex as many people made them out to be.

“It is about just closing the tap at Transnet [and other entities].”

Mathekga said Ramaphosa should endeavour to close the leaks, and position the party for structural reforms after the 2019 election.

Things could get worse for ANC in 2024 elections, if they don't shape up
11 hours ago
11 hours ago

Things could get worse for ANC in 2024 elections, if they don't shape up
11 hours ago
11 hours ago