May transaction data shows an economy in poor stead

Further contraction in the second quarter could put South Africa into another technical recession.

South Africans are paying more attention to their spending habits, as price adjustments to fuel, VAT and sugar put additional pressure on their pockets.

The BankservAfrica Economics Transaction Index (Beti) shows that in May transactions declined the most since September 2013. The decline in real terms between May and April was -2% on a seasonally adjusted basis. This, according to BankservAfrica, is an indication of how weak the South African economy has become.

Chief economist at Economics.co.za, Mike Schüssler, agrees, saying that the significant decline in May came as a shock and shows that the shrinking in the economy is continuing swiftly.

In April, the Beti monthly percentage change was recorded at 0.1%, from a previous 0.3% change in March.

Schüssler says there was an (expected) decline in April with the implementation of the VAT increase. He was hoping for an improvement in May but the negative streak continued and, he says, actually got worse.

BankservAfrica attributes the drag in May data to the effects of the VAT increase, higher fuel prices for the second consecutive month, and the new sugar tax as well as the bus strike, which impacted on many people’s ability to earn a living. Schüssler says that at least 20% of the workforce has not received an increase in salary yet, which will put pressure on consumer spending.

Economically speaking, Schüssler says South Africa is at a ‘crunch’ and many economists will be reducing their growth outlook for the remainder of the year.

He adds that if the shrinkage continues in the second quarter, there is a possibility of South Africa entering into another technical recession.

“There is a chance that we could get another negative quarter in which case we will technically be in a recession,” he says.

He adds that it is not certain, but the chances are quite good that there will be a second quarter of contraction. Meanwhile, South Africa’s gross domestic product has not grown more than 2% a year since 2013. The economy is struggling to regain its flow and consumers are still feeling the pressure despite the leadership changes earlier this year.

The RMB/BER business confidence index compiled for Rand Merchant by the Bureau for Economic Research also painted a gloomy picture, falling from a three-year high when it dropped from 45 to 39 in the first quarter. Retail sales in April however picked up 0.5% year-on-year.

Schüssler says there’a been a big shift in South Africa’s dynamics and that it will take time before corruption is rooted out and state-owned entities and businesses take a turn for the better.

He says a lot of people and businesses specifically are taking a ‘wait and see’ attitude, and we might have just have a month –  or two or three – of a negative environment. But positive sentiment might come through next year.

“I think we’re going to see much better growth next year or the year after,” he says. “I think this is still a hangover from the previous administration.” 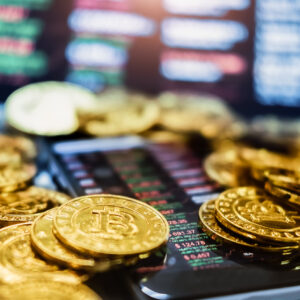