The directors of Steinhoff Africa Retail (Star) have alleged that former Tekkie Town executives conspired to sabotage the operations of Tekkie Town following the failure of negotiations to acquire the discount footwear retailer out of Star.

The allegations are contained in a 105-page affidavit attached to an urgent application to interdict the executives from accessing or interfering with Tekkie Town’s IT systems and to prevent them from making use of any data or intellectual property they may have copied off the Tekkie Town system.

The application to interdict them is supported by an affidavit made by Werner de Bruin, who has worked as a business intelligence developer at Tekkie Town for eight years. De Bruin was part of the group of senior management that resigned en masse on Monday, June 18, citing irreconcilable differences with the Star executive. According to De Bruin’s affidavit, Van Huysteen guaranteed his salary and that of the other senior managers. Van Huysteen has apparently created a trust from which salaries will be paid.

The events that followed the walkout, as described in the affidavit, are dramatic and Star’s legal counsel has recommended that they are referred to the National Prosecuting Authority.

Tekkie Town former CEO Bernard Mostert could not comment when contacted by Moneyweb, because their legal counsel had not yet briefed them. However, he noted that the affidavit is one person’s story and there are parts of the story that are not in the affidavit.

While this was happening, an increasingly desperate Star management team was trying to shore up relationships. At one point all of those who had resigned were told to retract their resignations because Star CEO Leon Lourens and Mostert were ‘working on a plan’.

The plan, according to the affidavit, did not come to fruition because the parties could not agree on a price. Tekkie Town executives offered R2 billion, while the Star executive wanted R3.8 billion, the multiple paid.

At this point, it is alleged, the so-called ‘rogue’ group of ex-Tekkie Town executives planned to take down the point of sale system across the group’s 350-odd stores and interfere with the EFT card system, meaning no card payments could be made. The result would have been chaos.

According to his affidavit, De Bruin was growing increasingly uncomfortable with his role in cloning IT systems and with the plans to interfere with the running of Tekkie Towns systems.

“I did it [executed the plan] remotely, from his [Willem Wait’s] hotel in Johannesburg. But I put in a failsafe: first I backed it up on my personal computer, and set it up on the job so that if it was to run it would only affect three stores, by way of filters,” De Bruin wrote in the affidavit.

At this point he was recording conversations, he says. These have been transcribed and are included with the court documents.

“I have assisted Tekkie Town/Star ever since.”

Judge Justice Gamble granted the interdict on Friday afternoon. The respondents will have the opportunity to present their case and argue why the interdict should not be granted on or before July 31. 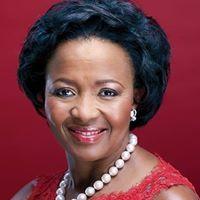