Interpol on the hunt for Ronald and Darren Bobroff

Father and son have made it onto the list of the world’s most wanted fugitives. 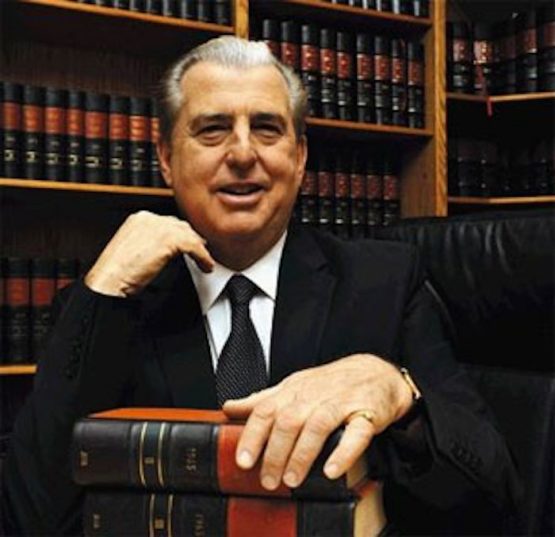 Disgraced and disbarred father and son attorneys Ronald and Darren Bobroff are on a list of the worlds’ most wanted fugitives after Interpol issued Red Notices for their arrest.

The duo were partners in and directors of personal injury law firm Ronald Bobroff & Partners (RBP) in Rosebank, Gauteng. They fled South Africa in 2016 before they could stand trial on charges of fraud and theft. They currently reside in the upmarket Sydney suburb of St Ives in Australia.

The Red Notices were issued back in 2016, but it only emerged this week that they were issued. In response to questions, Interpol said a Red Notice is just posted on the Interpol website if asked by the requesting country.

National Prosecuting Authority spokesman Luvuyo Mfaku told Moneyweb that the formal extradition process for the Bobroffs would commence shortly. “We are awaiting the final forensic audit report before we can finalise the charge sheet and start the extradition process,” he says.

The Red Notices state that the Bobroffs are fugitives wanted for prosecution for fraud. The notices read for both individuals: “It is alleged that the suspect committed fraud in that cheques were made out to clients of the firm Ronald Bobroff and Partners Inc as if they were the beneficiaries of said cheques, when said cheques were in actual fact paid into their own or other family member’s bank accounts.”

Moneyweb sent the Red Notices to the Bobroffs requesting their comment. They responded through their local attorney John Cameron, denying that they had defrauded anyone. Cameron said the [issuing of the] Interpol Red Notices “constitutes an abuse of the process of law” and that “the facts upon which Interpol issued the Notices are not only extremely vague but are lacking in substantiation and factual content”.

He added that this journalist “should always be suspicious of the fact that an institution of State, the National Prosecuting Authority, has scant facts upon which it relies upon when contending for the existence of fraud and no doubt it was this institution that requested Interpol to issue the Notices”.

Cameron further invited Moneyweb “to indicate exactly who was defrauded, when they were defrauded and the extent (in monetary terms) of the frauds arising from the cheques that were allegedly issued, and which are referred to in the Notices”.

The notices probably refer to a case related to one of the Bobroff’s former clients, Filipe Pombo. He was referred to in a 136-page audit report submitted by the Law Society of the Northern Provinces in an application to the Pretoria High Court to have the Bobroffs struck from the roll of attorneys.

A cheque in the amount of R115 599 was made out to Pombo as part settlement of a Road Accident Fund payout. However, this cheque was not paid out to Pombo; it was paid into the personal bank account of Darren Bobroff.

Ronald Bobroff wants to become a solicitor in Australia

Cashman says he believes Ronald Bobroff to be “a person of integrity and passion with regard to the interest of victims of all forms of personal injury and medical negligence, and a lawyer who has devoted most of his professional life to serving the South African attorneys’ profession”.

He also opines that Ronald, notwithstanding his striking off of the Roll of Attorneys in South Africa, will be “a valuable member of the [Australian] solicitors’ profession … ”

Cashman said in response to Moneyweb questions that he is not “at liberty to discuss the matter” and referred the enquiry to Ronald Bobroff.