Why Business Leadership SA is taking Viceroy to task

It’s not about imposing sanctions against individuals behind Viceroy but creating a transparent market for short selling. 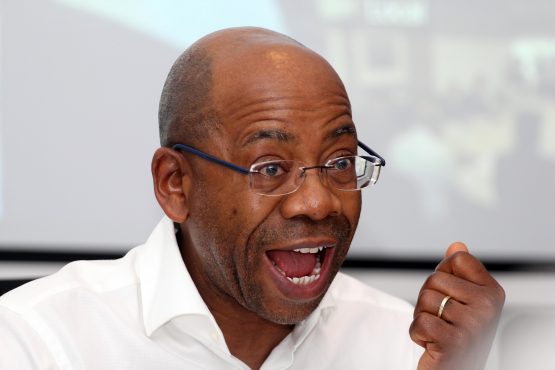 For Bonang Mohale, the straight-shooting CEO of Business Leadership SA (BLSA), Viceroy must be praised for red-flagging fraud at Steinhoff that led to the spectacular downfall of the retailer’s disgraced former CEO Markus Jooste.

“Viceroy needs to be congratulated for having exposed the theft and deceit at Steinhoff,” Mohale tells Moneyweb.

Short-seller Viceroy unveiled patterns of off-balance sheet transactions that Steinhoff had used to artificially inflate earnings at a time when there was an information vacuum about the extent of fraud, which earned the retailer the title of “SA’s Enron”.

But the ethics of how Viceroy obtained data and compiled its Steinhoff report, which propelled the short seller to prominence in financial market circles, leaves a lot to be desired, says Mohale.

Viceroy has faced renewed scrutiny from BLSA on Thursday, as the business lobby group has accused it of substantially plagiarising its report on Steinhoff from the work of London-based Portsea Asset Management.

“If Viceroy’s research was fact-based, well researched and had no other ulterior motives, we would support it as the voice of business,” says Mohale, who adds that the mandate of BLSA is to understand how fake news impacts financial markets.

A study by research house Intellidex, which was commissioned by BLSA, found that the wording of Viceroy’s Steinhoff report is identical to a report issued by Portsea six months before Viceroy published its report on December 6, 2017.

It appears as if Viceroy used data sourced by Portsea without citing it and effectively presenting it as its own. This, Intellidex argues, gave Viceroy – founded by disbarred social worker Fraser Perring and two 24-year old Australians, who all have limited financial market experience – undue influence as its report blew the lid off the complex web of Steinhoff’s fraud.

According to Intellidex, Steinhoff’s shares fell by more than 40% after Viceroy released its report, resulting in Viceroy profiting from the sell-off as it took short positions.

Taking short positions or short selling is the legal and age-old practice of borrowing a share with a view that its price will fall instead of rising over time and booking profits.

Viceroy has been accused of destabilising other companies based in SA, Australia, and the US by releasing damaging research and profiting from share price declines given its wide short position – Steinhoff style.

It recently took aim at Capitec Bank, alleging the lender was concealing significant write-offs by refinancing loans that customers were unable to repay. Viceroy’s Capitec report, which was considered shoddy and widely criticised widely by the Reserve Bank and National Treasury, led to a more than 7% slide in the lender’s share price.

Stuart Theobald, Intellidex chairman and lead author of the BLSA-commissioned report, says there is a clear case to show Viceroy’s research was an attempt at market manipulation and distorting share prices.

“In our view, most of Viceroy’s research is conviction-based research, meaning it takes a negative view of a company and then it goes out to find information that supports the negative view. Our view is that the intention of Viceroy’s reports was to move the share prices,” says Theobald.

BLSA handed its report to market regulators on Thursday. The report might be used by the JSE and Financial Sector Conduct Authority after the National Treasury asked both regulators to launch a market abuse investigation into Viceroy after wild swings in Capitec’s share price.

Theobald says the BLSA report is not intended to help market regulators implement sanctions against individuals behind Viceroy, but shed light on the practice of short-selling. It’s also about promoting an environment of transparency as unlike SA, disclosing short positions to regulators in the UK and Australia is a norm.

“We are not against short selling. But there is bad and good short selling. And we need to make a distinction. Markets work best when there is transparency, honesty, and openness. Our current regulation is not adequate to deal with the bad short selling we have seen in the last six months,” he says.

Capitec's mobile banking app is down, leaving customers frustrated
1 month ago
1 month ago

Capitec's mobile banking app is down, leaving customers frustrated
1 month ago
1 month ago