Putting the intricacies surrounding land expropriation and Ramaphosa’s commitment to policy consistency for investors under the microscope. 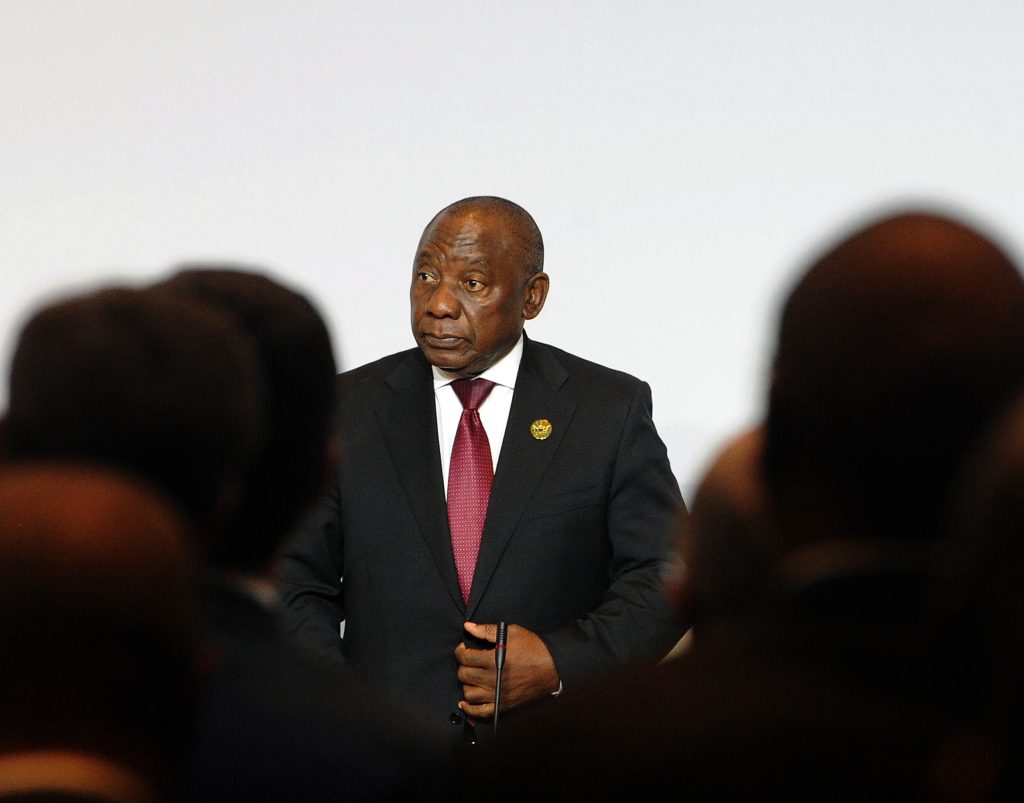 The onus is on President Cyril Ramaphosa to create a capital base through land and ultimately grow the economy and encourage foreign investment. Picture: Siyabulela Duda

The whole of South Africa is still in shock after the South African Reserve Bank (Sarb) announced that SA is in a technical recession following two consecutive quarters of negative growth. Most analysts had expected a moderate increase in GDP.

But the most shocking number in the statistics is the 29.2% decline in agricultural production over the second quarter. Statistics SA said: “The decrease was mainly because of a drop in the production of field crops and horticultural products”. The decline in agriculture wiped out a gain of 4.9% in the mining and quarrying sector, while manufacturing and transport also fell.

In the last three months, the rand has lost 15% of its value against the US dollar, and 10% of that in the last week. All of this is against the backdrop of significant uncertainty about the issue of land expropriation.

President Cyril Ramaphosa has yet again given assurance on the issue of land expropriation, this time during a state visit to China where he said that the fear in South Africa around the planned expropriation of land without compensation policy is subsiding.

At a breakfast meeting in Beijing this week he went on to say that government should not only provide policy certainty but policy consistency to investors in order to attract much-needed foreign direct investment.

Policy consistency is a critical aspect that is arguably yet to be achieved. An uncertain regulatory landscape cannot hope to instil confidence in foreign investors.

Not only does this refer to how expropriation without compensation (EWC) will look as a policy document, but also in how the wording of Section 25 of the Constitution will be amended to accommodate this.

As the founding document from which policy takes its lead, there is the additional risk that the amended Section 25 will create ambiguity for other pieces of existing legislation that govern investment in South Africa.

The Protection of Investment Act and Section 25

When President Ramaphosa activated the controversial Protection of Investment Act 22 of 2015 in July this year, the warning bells around Section 25 and EWC had already been ringing.

From the start, the investor protection law had been routinely criticised both nationally and internationally due to its reduction of protection in SA for foreign investors, and the impact that this could have on investment.  Now that Section 25 looks to be amended, the protection for foreign direct investment grows murkier.

The main concern with the Act has been whether foreign investment assets could be expropriated without compensation. Previously, South Africa was party to a number of Bilateral Investment Treaties (BITs), which are international investment agreements that ensure countries are bound to treat investors from other countries fairly.

BITs explicitly state that in the event of assets being expropriated from foreign investors, these investors must be adequately compensated. According to BITs, for expropriation to be lawful it must occur against compensation, which should be ‘prompt, adequate, and effective’ or ‘immediate, full and effective’. This means that the compensation for expropriation to be paid to investors must reflect the market value of the expropriated investment.

The Protection of Investment Act which now replaces BITs has its own expropriation clause which intentionally mirrors Section 25 of the Constitution as it currently stands. The clause states that foreign investors have the right to property as provided for in the South African Constitution and may only be expropriated for a public purpose or in the public interest and subject to compensation (the amount of which and the time and manner of payment of which have either been agreed to by those affected or decided or approved by a court).

Despite having only been passed into law this year, the Protection of Investment Act may yet have to be amended in light of subsequent changes to Section 25.

It should be noted that since 2015 the South African government began cancelling BITs as these came up for renewal. So far, BITs have not been renewed with European Union member countries that include Belgium, Denmark, Germany, Luxembourg, Spain, Switzerland and the Netherlands. Much of South Africa’s foreign direct investment (FDI) comes from these countries whose BITs have been terminated.

Investor disputes under BITs are arbitrated through an international mechanism, often under the auspices of the World Bank’s ICSID (International Centre for the Settlement of Investment Disputes), referred to as investor-state dispute settlement.

The Protection of Investment Act requires an investor to dispute an action in this country with South Africa’s Department of Trade and Industry, and only if domestic remedies have been exhausted might the South African government consent to international arbitration, although it is not clear how long and at what point this would be deemed to have occurred.

The upshot for foreign investors is that will be required to jump through a lot of hoops. Not only do they face the risk of expropriation of their assets without compensation, they will now be subject to local regulation guiding their investment terms rather than an international agreement and should a dispute arise they may feel prejudiced due to domestic arbitration.

However, the Department of Trade and Industry claims that there is very little to no correlation between investment inflows and BITs.

Discounting tweets coming out of the White House, leaders such as China’s President Xi Jinping and British Prime Minister Theresa May have shown support for government’s decision to speed up land expropriation.

Indeed, there is nothing wrong in principle with government’s message on land expropriation, which is not a disregard for property rights as a general position but an enabler for people to access land and allow them to build capital. If people have the ability to create a capital base through land this will ultimately grow the economy and encourage foreign investment.

This is also the stance of the Banking Association of South Africa (Basa). Initially playing down the risk of expropriation of property without compensation, South African’s banks have since proposed a fund to help accelerate land transformation.

Although no amount has been suggested for the fund, the proposal signifies the banks’ intention of seeking practical solutions to protect the billions of rand in assets that are tied up in farm loans.  Banks are the biggest source of credit for farmers at 61% and about R 148 billion outstanding in loans for agricultural land.

A lot is at stake for South Africa’s commercial banks, which have loans of about R148 billion in the agricultural sector and R1.6 trillion in property, if EWC is executed badly by the government. The Banking Association of SA (Basa) – a body representing the banking sector – has quantified the staggering amount of bank loans, which have the potential to fuel much-needed economic activity in the country and create wealth for people.

“If this land debate continues in the way that it [is] and we don’t reach a constructive resolution, those figures of lending will start coming down,” warns Basa MD Cas Coovadia.

“The last thing we need in this country is rhetoric that gets investors jittery and stops us from moving from the pedestrian growth,” says Coovadia.

“The critical issue for SA is attracting investment and growing the economy.”

Coovadia admits that there is no clarity on what happens to bank-held loans, which are collateralised by land and properties, in the current expropriation debate.

As the banks wade into the debate, government should be providing a clear and coherent sense of what policy will look like and how both foreign and local investors’ property rights will be protected.

Until this happens investors will tend to keep their money locked up rather than look for the next investment opportunity, which will ultimately dilute government’s drive to secure $100 billion in foreign investment.