Tax treatment of collective investment schemes will not change for now. 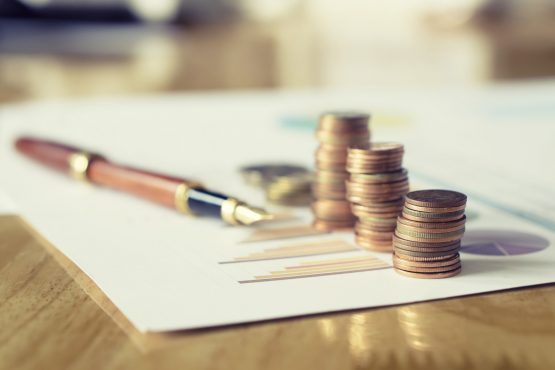 Investors in collective investment schemes in South Africa – unit trusts, exchange-traded funds and regulated hedge funds – enjoy two specific tax benefits. The first is that no tax is payable within the fund when the portfolio manager sells shares, bonds or other securities. The second is that when investors withdraw their money, it is taxed as a capital gain, not income.

This is not, however, written in law. Funds only enjoy these benefits through a special dispensation granted by the South African Revenue Service (Sars).

So when National Treasury announced proposed changes to tax legislation last month that would alter this state of affairs, this was met with a great deal of consternation by the industry. Treasury’s proposal was essentially that gains made within funds should be taxed, as there were concerns about the way some collective investment schemes were being run.

If securities were sold within 12 months of being bought, Treasury suggested that the gains should be treated as revenue. This would be in line with the treatment of trading by individual tax payers.

“My understanding is they suspected that there were a minority of players who were attempting to avoid tax,” explains Thabo Khojane, MD of Investec Asset Management and deputy chairman of the Association for Savings and Investment South Africa (Asisa). “They looked at two things in particular: the first was the registration of what they term private collective investment schemes, where wealthy individuals or families set up a fund that was never really meant for the general public. Effectively it was meant as a tax avoidance scheme.

“The second issue is a concern on their part that there is excessive churn in portfolios,” Khojane added. “They couldn’t reconcile this high churn with the long-term investment mindset funds were supposed to have.”

The proposals were however a shock to the industry. Unit trusts have always enjoyed the tax benefits allowed by the special dispensation from Sars, and taking those away could have material unintended consequences.

Anton Pillay, CEO of Coronation Fund Managers, points out that if South Africa was to adopt a regime where unit trusts are taxed within the fund, it would be one of only two countries in the world that did so. The complexities it would create and the potential prejudice to investors could also be significant disincentives to saving.

For example, a fund manager may be forced to sell a position simply because a large investor withdraws from the fund. That would trigger a tax event that would impact all of the unit holders, even though they have remained invested and the portfolio manager has not actually made a trade.

Treasury appears to have recognised these arguments, as on Wednesday it announced that it would withdraw the proposals and reconsider them only in the 2019 legislative cycle. That will allow time for a more thorough analysis of the issues and how best to address them.

Khojane says that individuals setting up collective investment schemes simply to avoid tax is a legitimate problem and should be addressed, even though it is taking place in only a tiny minority of cases. Treasury’s concerns that there is too much trading taking place within portfolios have however been allayed somewhat following engagements with the industry over the last few weeks.

“We spent a lot of time on this,” Khojane says. “A long term investment mindset doesn’t mean that you must buy a share and hold it for five years. It is managing a portfolio that is diversified, active, and seeks to deliver a particular outcome to the investor. When you see churn it mustn’t trigger suspicion that the portfolio manager has lost sight of the fact that the saver has a long-term objective.”

The fact that the proposal has been withdrawn is, however, not the end of the matter. In fact, the industry would like to see the tax treatment of collective investment schemes written into law so that the special dispensation granted by Sars is formalised.

“We are not anti-law,” explains Asisa CEO Leon Campher. “We want the law crafted properly.”

A proposal has therefore been made for a multi-stakeholder team –  comprising representatives from the industry, Treasury, the Financial Sector Conduct Authority (FSCA) and Sars – to be established to come up with proposals.

“Between the four of us, we will tackle in particular the issue of private collective investment schemes,” says Khojane. “I don’t think that will be that difficult. We have some ideas already. The more difficult thing we have to do is to think about how we improve tax certainty.”

This will present an opportunity for the treatment of collective investment schemes to be formalised.

“Historically, our jurisdiction has been fairly competitive compared to other jurisdictions, despite a lack of certainty,” Khojane notes. “A large part of the conversation will be codifying and formalising what is already in place. The collective investment scheme vehicle is already fairly attractive in its current form – we need to firm that up and put it into law.”