Some of the more contentious aspects of the previous charter have been removed, but there are still big changes. 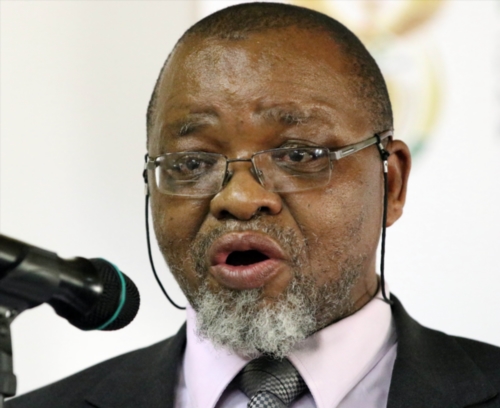 Just a few days before unveiling the new Mining Charter in Pretoria this week, Mining Minister Gwede Mantashe found himself in a melee at the Wild Coast with anti-mining activists protesting plans to launch a mineral sands project backed by Australian mining firm MRC.

Human rights attorney Richard Spoor was arrested during the fracas for apparently violating the Riotous Assemblies Act so beloved of apartheid-era police. Mantashe is accused by anti-mining activists of trying to impose a pro-mining agenda, with a chorus of 400 supporters bused in to lend a helping hand. The activists were prevented from entering a tent where Mantashe was speaking, tear gas was fired, and Spoor was arrested when he attempted to address the minister.

Spoor is perhaps best known for winning a groundbreaking case against mining groups Gencor and Eternit on behalf of asbestosis sufferers, who have received more than R320 million in benefits to date.

Mantashe was in Pretoria on Thursday to talk about the new Mining Charter, but questions about the fracas at the Wild Coast would just not go away.

“For the first time people said they were able to speak for themselves,” he said of the pro- and anti-mining factions. Once the mine started operating, locals would be queueing up for jobs, he added. It was clear the minister sees his job as attracting investment and jobs to South Africa’s ailing mining sector.

He then turned to the new Mining Charter itself, a “consensus” document crafted after many weeks of robust exchanges between miners, government and labour. Its purpose is to provide regulatory certainty, which mining companies repeatedly claimed was an obstacle to investment. One gets the sense that mining companies aren’t exactly ecstatic about this “consensus” charter, but it was the best deal they could get.

Some of the key changes include:

The removal of the contentious 1% “trickle” dividend to employees and mine communities after six years. Mining companies pointed out that this could fall foul of the Companies Act should the loss-making mine pay dividends to shareholders. The act specifically prohibits distributions to shareholders unless the company satisfies the solvency and liquidity tests after dividends are paid.

Under the previous version of the charter, communities and employees were to receive 8% of shares – now reduced to 5%.

The removal of the previous onus on BEE shareholders to reinvest 40% of proceeds from share sales back into mining.

Those mining right applications already pending will fall under the 2010 Mining Charter requirements, but will be expected to achieve 30% BEE shareholding within five years.

Any company failing to meet ownership and community development targets is deemed to be noncompliant.

The new charter requires companies to award 5% of shares each to qualifying employees and host communities. These shares are non-transferable and must be given at no cost to the employees and communities (what the charter refers to a carried interest). A minimum of 20% effective ownership must vest with a BEE entrepreneur, of which 5% should preferably be for women.

Mining companies may be awarded slightly lower BEE ownership requirements to the extent they beneficiate their minerals.

One of the trickier aspects of the charter is the procurement target, with 70% of all goods and 80% of services to be sourced from BEE entities. Some 30% of a mining company’s procurement budget on mining goods can be offset against whatever is spent on developing suppliers. This will force mining supply companies to become BEE-compliant themselves, and substantially shuts out those that have a weak BEE status. The intention is to create, over time, a much larger universe of BEE supplier companies to the mining sector.

Mining right holders are required to submit a housing and living conditions plan to the department of mineral resources, in addition to charter compliance reports. Concerns were expressed by communities that the department was ill-equipped to monitor and enforce compliance. Mantashe says the department is busy filling key posts to ensure it can keep up with the workload.

Petrol price: Here's how rates will be adjusted on 6 October
3 weeks ago
3 weeks ago
PREMIUM!

Policy is not law, says court as it reins in Mining Charter
1 month ago
1 month ago

Petrol price: Here's how rates will be adjusted on 6 October
3 weeks ago
3 weeks ago
PREMIUM!

Policy is not law, says court as it reins in Mining Charter
1 month ago
1 month ago