The company says funds from the disposals will largely go towards bringing down its debt and loan-to-value (LTV) ratio to below the 40% mark. 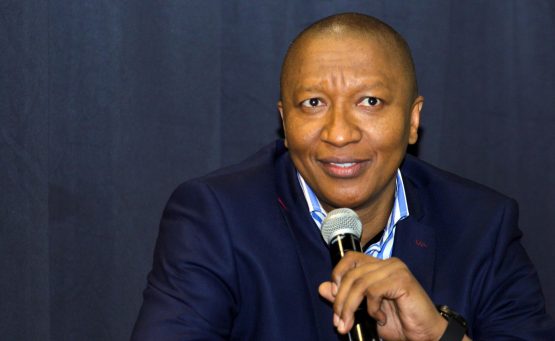 Rebosis CEO Sisa Ngebulana says these were 'not good results' and that an overhaul is in the works. Picture: Moneyweb

Rebosis Property Fund plans to dispose of more than R6 billion worth of office property assets by April next year, as it looks to turn around its fortunes in the wake of a 27.7% decline in distribution for its ordinary B share. The company reported its results for the year to August 31, 2018 on Monday.

The market took the news of the sharp decline in distribution badly, with the share price of the JSE-listed real estate investment trust (Reit) diving more than 23% to around R4.60 a share by 5pm on Monday. It was Rebosis’s first dividend decline since being listed on the JSE seven years ago by Eastern Cape-born property magnate, Sisa Ngebulana.

The group’s ‘A’ shares have a fixed distribution growth of 5%, which saw a dividend of 252.86 cents per share declared for the period. Other financial lowlights included distributable income for the year dropping to just over R790 million, from R973.6 million in 2017, and its market cap dropping by almost R2 billion to R6.58 billion at the end of its 2018 financial year.

Presenting the group’s full-year figures, Ngebulana conceded that these were “not good results”, but said an overhaul is in the works that will see Rebosis focusing on retail as it plans to sell R6 billion in office property assets.

“We have had tough market conditions, but 2018 has been a perfect storm for us at Rebosis,” he said. “The tough business environment has been compounded for us with the Brexit situation in the UK, which has had a huge impact on the retail sector there.”

Ngebulana was referring to the company’s investment in UK-based New Frontier Properties, a UK mall owner that is struggling in the face of Brexit. Rebosis’s full-year distribution was significantly affected by the fact that no dividend was paid by New Frontier, in which it effectively owns a 49.3% stake.

“I must be clear, we will not be giving any further financial support to New Frontier Properties, given Brexit resulting in declining income and rising cap rates … Both locally and in the UK, operating conditions are tough and show no sign of improvements in the short term,” he said.

Funds from the disposals will largely go towards bringing down its debt and loan-to-value (LTV) ratio to below the 40% mark.

“At the end of our August financial year, Rebosis’s LTV stood at 51.6% due to the decrease in property valuations and increase in debt facilities. We have already brought [our] LTV down, post-year-end, to 49.4%, following the conclusion of the sale and transfer on the Boxwood property last month (October). We hope to conclude about R4 billion in office property disposals by the end of the year and a further R2 billion by April next year, which will bring down our LTV significantly,” he said.

Rebosis sold the Boxwood property for R888 million, while another property sold for R600 million last month is yet to transfer. Ngebulana told Moneyweb that while most of the proceeds from the disposals would go towards reducing the group’s LTV, it was set to spend about R220 million on the conversion of an office property to student accommodation, as well as upgrades within its retail portfolio. The building converted for student accommodation will be sold.

Ngebulana stressed that Rebosis has good quality retail assets, which include large regional shopping centres such as the 88 620m² Baywest Mall in Port Elizabeth; the 73 829m² Hemingways Mall in East London; and the 73 294m² Forest Hill City mall in Centurion. The company owns large tracts of land surrounding both Baywest and Forest Hill, which are earmarked for future mixed-use development.

Rebosis’s smaller retail centres include Mdantsane City (34 935m²) in East London, as well as Bloed Street Mall (26 400m²) and Sunnypark Shopping Centre (28 930m²) in Gauteng. Its total retail vacancies for the year came in at 5.8%, with office vacancies at 7.7%. However, retail trading density growth was strong at 4.9%, which Ngebulana said was higher than the sector average and highlighted Rebosis’s defensive and quality retail portfolio.

“We have our work cut out for us and are making good headway in terms of filling vacancies. As part of our retail-focused strategy, we are driving operational efficiencies, particularly at filling vacancies at Baywest Mall and Forest Hill City,” he said.

“Baywest and Hemingways Mall are showing dominance in this tough economic environment, while Forest Hill is starting to turn the corner. Forest Hill faces competition from Centurion Mall and Menlyn Park Shopping Centre, which are 20 to 30 minutes away. We have been clear about the challenges and teething problems at Forest Hill. However, we’ve put it in ICU and have made a lot of effort to get it back on track with better management. Our Bloed Street and Mdantsane City community centres continue to grow with the highest trading densities,” he added.

Ngebulana said Edcon would reduce its space within the Rebosis retail portfolio from 29 818m² in gross lettable area (GLA) to 23 132m². However, most of the space already vacated by Edcon has been filled. At Mdantsane City, for instance, Edcon’s closure of its 14 77m² Jet Mart store has seen HiFi Corporation take up the space, while Sportscene and United Furniture Outlets are taking up the space of Edcon’s old Boardmans stores at Hemingways and Baywest.

Meanwhile, in terms of the distribution outlook for Rebosis for 2019, Ngebulana said he did not immediately have a guidance forecast. Listed property analysts at the presentation were surprised by this.

Nesi Chetty, head of property investments at Momentum, said: “It’s not great that Rebosis did not give a guidance for next year. Markets want to be in a position to hold them accountable for delivery.

“However, Rebosis has done the hard work to rebase earnings in the current period; 2019 onwards will need to be a turnaround performance. They are selling assets, but in a tough market and may not get premiums to NAV on sales. With regards to New Frontier, I think it’s likely to be sold,” he said.

“With the lack of a distribution forecast for next year, the markets will assume it will be another bad year for Rebosis. The market does not like negative surprises, [as] evident in the extent of reaction to the [results] announcement. The market focused on the level of dividends announced in the results and the uncertainty around this, not the long-term intrinsic value of the company,” he explained.

“The markets will also be cautious about its new strategy. The more they sell [office property], the better, as it will help bring down debt and improve its LTV. It could also see them buy back their shares. However, we will have to wait and see what happens. It’s a tough market. Will they find buyers in the current market and will they get book value or higher for the properties up for sale remains to be seen. Their ill-considered UK venture has been a reason for our concern around the stock,” added Robins. 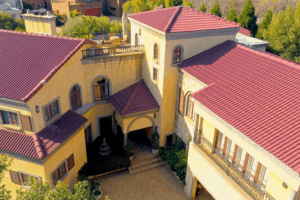 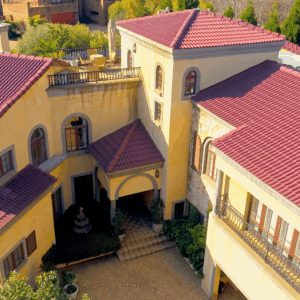 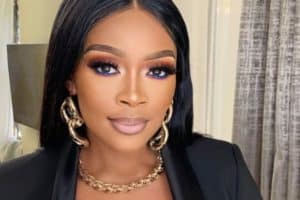 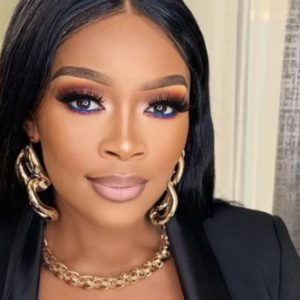 Thembi Seete: Can a body corporate evict you over unpaid levies?
4 months ago
4 months ago

Thembi Seete: Can a body corporate evict you over unpaid levies?
4 months ago
4 months ago