Ramaphosa is missing an economic policy; here’s what needs to be in it

Summits on investments and jobs do not equate to policy. 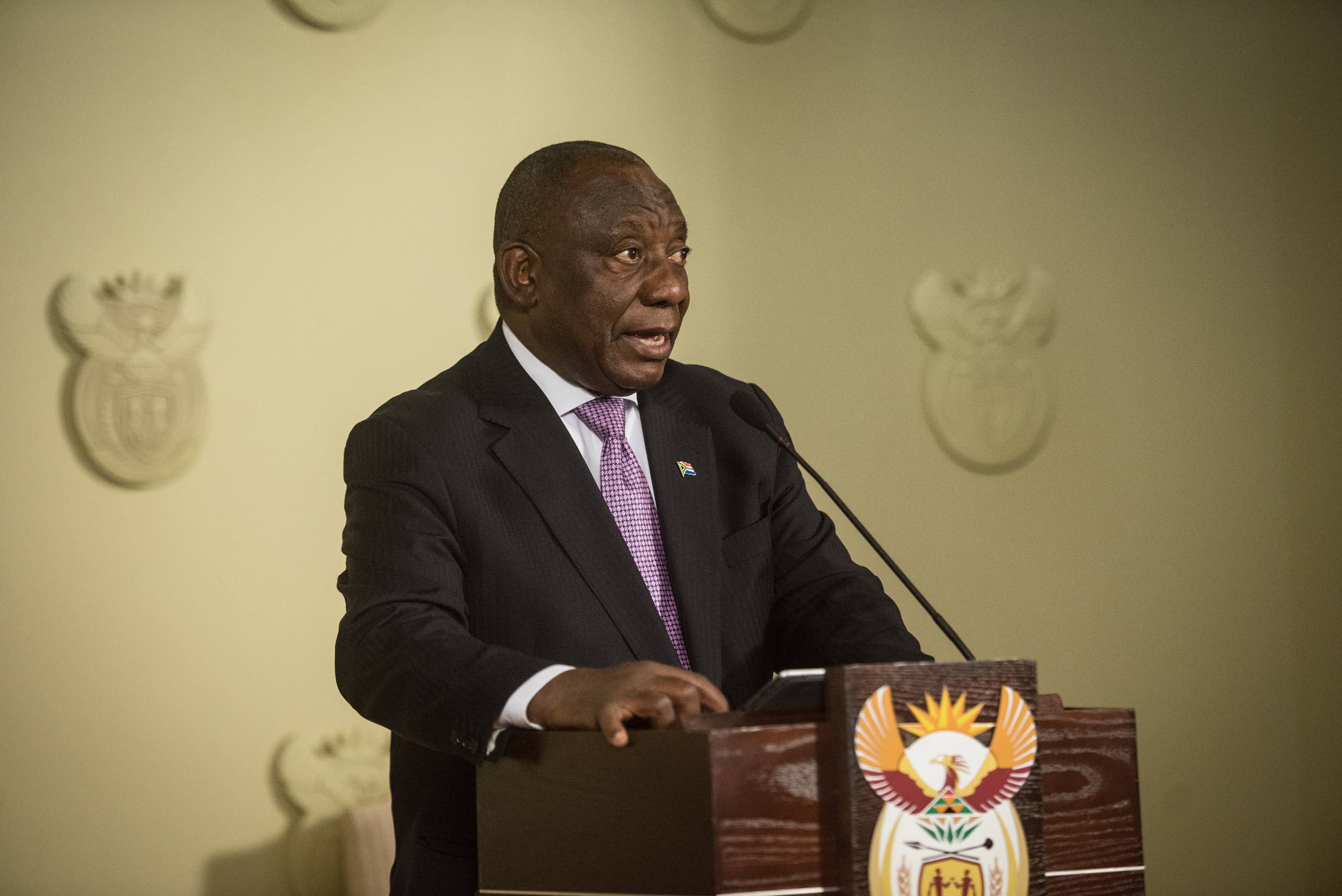 President Cyril Ramaphosa is seen during the announcement of a cabinet reshuffle, 22 November 2018, Union Buildings Pretoria. Picture: Jacques Nelles
As the entrails of the era under South Africa’s former president Jacob Zuma continue to be exposed each day before a commission set up to investigate corruption, the country witnesses the consolidation of the political project spearheaded by new head of state Cyril Ramaphosa.

But a key piece of the puzzle is missing: Ramaphosa’s government doesn’t have an economic policy. All that’s been forthcoming is a stimulus package, plus two summits – one on jobs, the other on investment. Do these add up to an economic policy?

The answer is no. Here’s why.

I agree with economist Duma Gqubule that the stimulus package is a mix of short-term stimulus measures and longer-term structural transformation measures, without doing justice to either. The short-term measures don’t include the usual elements of a stimulus package such as lower interest rates and increased spending. And the longer-term structural transformation measures, such as the infrastructure investment programme, is nothing new.

More importantly, the longer-term vision ignores the changing nature of the global economy. This is being transformed by three factors: new information and communication technologies, the renewable energy revolution and the recomposition of work as old jobs fall away and new ones are created.

South Africa urgently needs a coherent economic policy that takes account of these realities. This can’t be driven by an industrialisation strategy that relies on 20th Century capital-intensive sectors like mining, chemicals, pharmaceuticals and the military. Many are in decline. Take coal mining: mines are being closed as countries switch to renewable energy which is now cheaper than fossil fuels in nearly 100 countries, including in SA. Investment in renewables in 2017 was R280 billion, twice the amount invested in fossil fuels and nuclear combined in that year.

And the new policy mustn’t be written only by economists, as in the past. Economists need to work with South Africa’s scientists.

South Africa has dug itself into a deep hole. Ramaphosa’s efforts to root out corruption are a good – but not sufficient – first step to getting the economy onto a sound footing.

The recent resignation of home affairs minister Malusi Gigaba from government should not be underestimated. It was on his watch, as head of several ministries, that the influential Gupta family, which sits at the centre of the country’s web of corruption, secured a free hand to ‘capture’ key state-owned enterprises (SOEs). He, together with other ministers, agreed to participate in a political project that resulted in a silent coup that effectively marginalised and hollowed out the ANC. The goal was to capture and repurpose state institutions.

Gigaba represents a generation that has done okay under the ANC since 1994, but wants to do a whole lot better by grabbing their share of key sectors. They gambled on the alliance with the Zuma-Gupta network. And burnt their fingers.

Zuma was elected president of the ANC at its Polokwane conference in 2007 on the back of a wave of discontent. Black business was no longer willing to hang onto the coat-tails of white business, trade unions were fed up with limited state intervention, the ANC was unhappy with the centralisation of power in the presidency, and provincial leaders felt snubbed.

After some years of dithering, what became known from 2014 onwards as ‘radical economic transformation’ was in fact a strategy to build a black industrial class by using the procurement spend of around R200 billion by the country’s SOEs.

In theory, not a bad strategy. After all, this is a way of using state resources to build real assets owned by black people. As recent research by the South African Human Rights Commission showed, 90% of all assets are owned by 10% of the population, most of whom are white.

To operationalise the strategy speedily it was necessary to circumvent the legal framework. For that, brokers who were prepared to take risks were needed. And so, enter the Guptas. A host of politicians were drawn into the web as well as South African and global businesses, including KPMG, McKinsey, SAP, T-Systems and Bain.

Chicken and egg: investment and growth

During the recent investment summit Ramaphosa grandly announced that the “investment strike” was over.

But many economists, such as professor Adrian Saville of the Gordon Institute of Business Science, argue that investment never drives growth. Instead, investment follows growth.

In theory, heavy state investment in infrastructure (as promised in the stimulus package) is a good thing. But what matters is the type of infrastructure and how private investment is crowded in, without flipping into privatisation (which has its own set of challenges). For example, the massive investment in renewable energy of over R200 billion since 2011 would not have happened if the state did not reduce risk by providing guarantees for the loans.

Given South Africa’s vast array of SOEs, which includes Eskom as well as SAA, it’s obvious the country needs an economic policy that prioritises their investments. Yes, most need to be cleaned up and refinanced. But that is not enough. Radical thinking needs to be applied to entities such as Eskom, which has requested a R100 billion bailout.

Its role could be redesigned entirely. But a plan for a complete overhaul would be best served by merging the country’s best economic and scientific thinking. Together, they could generate an economic policy that puts energy at the centre. In line with global trends, this would need to be renewable energy because it creates more jobs, is distributed across small towns rather than concentrated in a few industrial nodes, and can drive a new job-creating industrialisation strategy.

In short, South Africa needs a policy that drives growth and positions South Africa for the 21st Century. For such a policy to work the country will need an effective and capable state. And the great divide between science and economics must be bridged.

Mark Swilling is distinguished professor of sustainable development at Stellenbosch University and non-executive director of the Development Bank of Southern Africa.

This article was published with the permission of The Conversation. The original can be viewed here.