Axed Necsa board blames resistance of ‘privatisation by stealth’ for dismissal

Energy minister replaces entire board in 48 hours while apparently planning to sell the national asset to a US company. 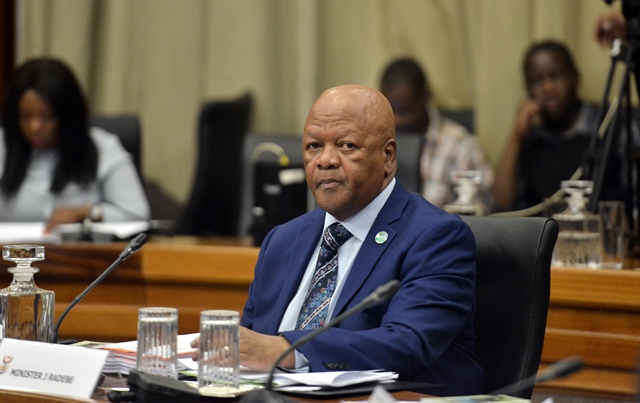 Energy minister Jeff Radebe fired the entire board of the South African Nuclear Energy Corporation (Necsa), one of the few stable state-owned companies, apparently because there are plans afoot to sell it off to a US company.

That’s the claim made by several members of the previous board and outside energy specialists, who view with alarm the possibility that one area where SA is a world leader – in the production of medical isotopes for the treatment of cancer – may end up in foreign hands. The world is on the cusp of a nuclear medical revolution in the treatment of cancer, and Necsa is leading the way in this field. Global demand for nuclear isotopes is reportedly about to explode.

Necsa is one of the few state-owned companies that holds its own against the best-run private companies. In 2017 its NTP Radioisotopes subsidiary earned revenue of R1.3 billion, generated profits of more than R300 million and paid tax of over R80 million to the state. Necsa consistently wins clean audits from the auditor-general and has been lauded by the Institute of Directors for its governance.

How, then, did things apparently go bad so quickly?

Suspended members of the board contacted by Moneyweb questioned the minister’s claims of ‘defiance and ineptitude’ as reasons for the dismissals. This came just days after deputy energy minister Thembi Majola resigned due to “family commitments”. The suspended members of the board are bringing legal action to overturn the minister’s dismissal, saying he lacks legal authority to dismiss the board in the manner in which it is being attempted. He also appears to have ignored evidence that contradicts the cited reasons for dismissal.

Among the reasons given for the “precautionary suspension” of chairman Dr Kelvin Kemm, CEO Phumzile Tshelane and director Pamela Bosman were unauthorised foreign travel, dissemination of false information to the media, the months-long shutdown of the NTP medical isotope production facility at Pelindaba, and the “unlawful” signing of a memorandum of understanding with Russian nuclear healthcare company Rusatom.

NTP Radioisotopes operates the Safari-1 research reactor and is the world’s leading producer and distributor of medical isotopes. Every three seconds, someone somewhere in the world is receiving a nuclear medical isotope from NTP, wrote Kemm in a Business Report article earlier this year. This was in answer to an amaBhungane Centre for Investigative Journalism report questioning the safety and other issues at the Pelindaba plant.

“SA has a world-leading nuclear medicine facility at Steve Biko Hospital in Pretoria, run by the internationally acclaimed Professor Mike Sathekge,” wrote Kemm. “The cancer therapy and diagnostics being performed there now are amazing. Quite mind-blowing. People who were supposed to be in their coffin are walking around; in fact, running around.”

It was this article, explaining in some detail the safety lapses at NTP and how the company had been acclaimed as the “best nuclear medicine company in the world” at Sochi in Russia in June this year, that was deemed by Radebe to be “dissemination of false information”. The minister appears to have taken exception to some “unsavoury inferences” that cast aspersions on the National Nuclear Regulator (NNR), which was depicted as wielding a sword in defence of the public. Kemm says these comments were intended as a compliment.

As to the question of unauthorised travel, Kemm says there was a moratorium on international travel imposed by the government. However, in 2016, Radebe’s predecessor Tina Joemat-Pettersson gave Kemm unlimited authority to allow Necsa executives to attend international conferences. Radebe seems to have been unaware of this.

“What we have achieved at NTP in terms of medical isotope research and production is a national treasure,” says Bosman, suspended director and head of Necsa’s audit and risk committee. “There is little doubt that what is being planned here is the sale of this national treasure to one of our US customers. That is why the board has been removed because we saw this coming and objected to it.”

The former board members say the sale of NTP was planned more than six months ago and needs to be stopped. It is no coincidence that the resignation of the deputy minister of energy and the firing of the Necsa board occurred within weeks of each other, says one.

One of the reasons given by Radebe for the board’s dismissal was the “apparent lack of leadership” in resolving the (temporary) shutdown of the NTP production facility.

The nuclear medicine production facility was shut down for much of the last year for relatively minor safety infractions. The first shutdown, between November 2017 and February this year, was for purely administrative reasons: the NNR had issued several warnings that staff was not filling out safety and quality reports properly. The MD of NTP at the time, Tina Eboka, was suspended by the CEO but Radebe ordered that she be reinstated some months later.

A second shutdown of the reactor was ordered by suspended CEO Tshelane on May 31 this year when a staff member was late for work and phoned a colleague, who was not trained for the position, to cover for her. This violated standard safety procedures and resulted in the staff members involved being removed from their posts and disciplined. The regulator only authorised the recommencement of production in November.

“Elsewhere in the world, this might cause a shutdown of the reactor for a day or two, yet we were shut down by the regulator for months,” says Tshelane.

In other industries, such infractions would go largely unreported, but the nuclear industry is held to safety standards that are matched only in air travel. Necsa has an exemplary record with the International Atomic Energy Agency and is regarded as a model of compliance and probity.

The eight-month reactor shutdown seems an astonishing overkill by the regulator, but Radebe used this as a stick with which to beat the suspended board.

Tshelane says he lobbied the regulator for months to allow NTP to switch the reactor back on but was rebuffed time and again. This loss of production impacted NTP’s revenue and profits and disrupted supply to customers in more than 60 countries.

Selling off of a national asset?

The suspended Necsa board members suspect the plan all along was to manufacture a governance crisis and bury a board that stood in the way of privatising a national asset. The rumoured purchaser is US diagnostic imaging company Lantheus Medical Imaging (LMI), which is a major customer of NTP.

Tshelane says he first heard about the mooted sale of 60% of NTP to LMI when he met with Radebe in May this year. Here, the story gets even more bizarre. NTP management was informed that a team from LMI was on its way to assist the company in improving and streamlining production. The LMI team was to be given full access to the NTP reactor facilities.

The Democratic Alliance this week released a letter from international law firm Covington in which its client LMI expresses interest in assisting NTP with training, investments and “other forms of engagement”. LMI has purchased more than R2.1 billion worth of Molybdenum-99 from NTP over the last decade and in December last year signed a three-year supply agreement with the state-owned company.

LMI was given full access to one of the most secure sites in the country, including gaining access to NTP’s intellectual property, on the instruction of the minister, who ordered his deputy to assume oversight of the company. Tshelane puts a value of US$5 billion on NTP and its intellectual property, yet it was now being ordered to reveal its hard-won secrets to its US customer and potential buyer.

Radebe also took exception to the signing of a memorandum of understanding (MoU) with Russian nuclear medicine company Rusatom Healthcare during the Brics summit in Johannesburg in July. This was a non-binding agreement signed by Kemm on behalf of Necsa that did not need ministerial approval. The parent company Rosatom is a world leader in the building of small-scale nuclear reactors of the type Necsa needed to double its isotope output, as it had planned to do. It would need ministerial approval for any decision to install a Rosatom reactor, but that decision had not yet been taken. An agreement is in place with the Australian Nuclear Science and Technology Organisation (Ansto), which is run by an expatriate South African, Adi Paterson, for the distribution of isotopes using Necsa technology. It’s an incredibly tight network in the nuclear universe. Paterson worked with current Necsa chairman Rob Adam (who replaced Kemm 48 hours after being suspended) when they were both at the Department of Science and Technology.

Last week Moneyweb put questions to the minister of energy as well as the new management at Necsa; Necsa declined the invitation to comment and the minister’s office had not replied at the time of going to press.