Project Halo is the preferred bidder but two late entrants have thrown their hats in the ring. 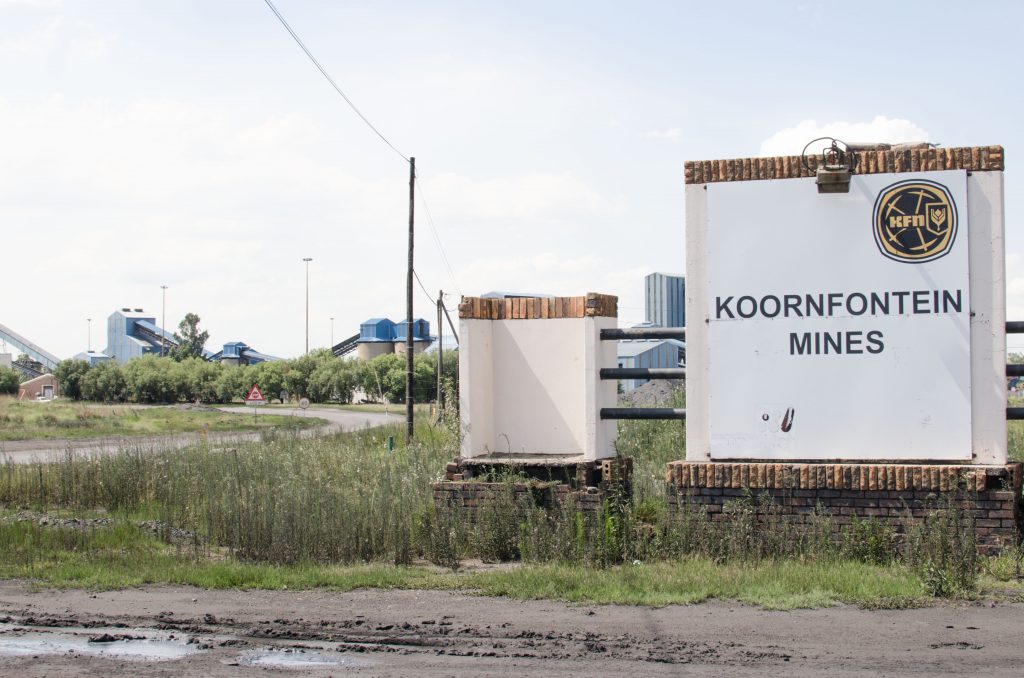 Creditors will be asked to consider a bid without being privy to the identity of all Project Halo shareholders. Picture: Ciaran Ryan / Moneyweb

The auction for the Gupta mining assets, including the Optimum and Koornfontein coal mines in Mpumalanga and a stake in the Richards Bay Coal Terminal, just got a whole lot more interesting.

Eight Gupta companies, including the mining assets, were placed in business rescue a year ago after commercial banks distanced themselves from the Guptas and cut off transactional banking facilities. The business rescue practitioners have been racing to wrap up the sale of the key mining assets so that the mines can return to full production and pay their workers – who stopped receiving salaries in October last year.

In December last year, a group called Project Halo was announced as the preferred bidder with an offer of R3.6 billion for the assets, which includes R600 million of post-commencement funding that will be used to return the rapidly deteriorating mines to operational efficiency.

The other two bidders are the state-owned Central Energy Fund (CEF), which manages SA’s oil and gas assets, and the Phakamisa consortium, headed up by mining stalwarts Bernard Swanepoel and Patrice Motsepe.

Business rescue practitioner Louis Klopper says the bids are competitive in terms of price, and differ primarily in their funding structure.

“We are hopeful that by February this year the creditors will decide which deal is the most attractive and vote on it. We don’t want to delay the process, and so we have engaged frantically with the key stakeholders in securing meaningful feedback on bids so that the revised business plans can be published with haste. Our priority is to get the workers paid and back on the job.”

Optimum, in particular, has been the victim of looting and sabotage, with electricity cables and equipment stolen and destroyed. The underground Koornfontein mine is in better shape, and will likely be in production againbefore Optimum.

Project Halo is 40% owned by four directors, Mbongiseni Duma, Paul Buckley, Julian Kidd and Nkanyiso Buthelezi. A further 20% is held by an A-rated financial institution, which provided initial funding, and 12% by an established mining house. The names of these shareholders have been withheld until the creditors have voted on the proposed acquisition. A further 8% of the shareholding has been allocated to each of the workers, a women’s consortium and the community.

There has been criticism that creditors will be asked to consider a bid without being privy to the identity of all Project Halo shareholders. Questions are also likely to be asked about the source of the CEF funds, and whether National Treasury is guaranteeing or fronting funds for its bid.

Optimum previously supplied Eskom’s Hendrina Power Station at around R215 a ton, a price that is below its costs of production. This was a deal that was agreed upon when Matshela Koko was acting CEO of Eskom, and explains in part why Eskom was able to reduce its annual coal costs to 3.5% in 2016 from the previous 17%. The deal was great for Eskom, but not for Optimum, which started diverting coal previously sold to Eskom to the export markets, where prices are better.

Eskom is Optimum’s major creditor, and will have to sign off on any deal involving the Gupta coal assets. There is also the matter of an outstanding R2.1 billion fine, reportedly reduced to about R1 billion, imposed by Eskom for the supply of sub-standard coal to Hendrina Power Station. The new owners of Optimum and Koornfontein will have to reach agreement with Eskom and secure new long-term supply contracts.

Eskom has little choice but to uplift coal from the two mines, given their proximity to Hendrina, and their ability to supply by conveyor belt. Purchasing coal from more distant mines incurs substantial transport costs.

Paul Buckley, spokesperson for Project Halo, says Koornfontein will be up and running a lot quicker than Optimum.

“There is maintenance on the equipment that is required and development of some underground sections together with opencast pits. [Koornfontein] is more organised than Optimum, which will need more time to get up and going. The equipment needs more capital than Koornfontein. Vehicles and equipment are scattered all over the mine. There is some refurbishment that needs to be done and new sections to be developed. The open cast requires that the draglines be refurbished and recommissioned.”

Buckley dismisses rumours that the Guptas are indirectly involved in Project Halo.

“Optimum is a mine that is linked to the Guptas. People have made allegations and assumptions without any basis of fact or proof. We know that even our competitors have been active in spreading these rumours. We have said it many times before and say it again: we are not linked to the Guptas. We are businessmen and women who want to make a difference in our communities.”

How will Project Halo run the business differently?

Buckley says the group has head-hunted seasoned mining experts who will mine sustainably and provide clients with better quality coal.

“We will subscribe to the new mining charter and secure the full buy-in of all staff and communities. The shareholders are committed to spending every day on the mines until they are at a steady state.

“Improving the plight of the workers is our primary focus,” he says. “All the workers will retain their jobs and all will receive full back pay.”