With a month left in their truce, senior US and Chinese officials will meet in Washington this week, hoping to move toward a bargain to end their unprecedented trade war. 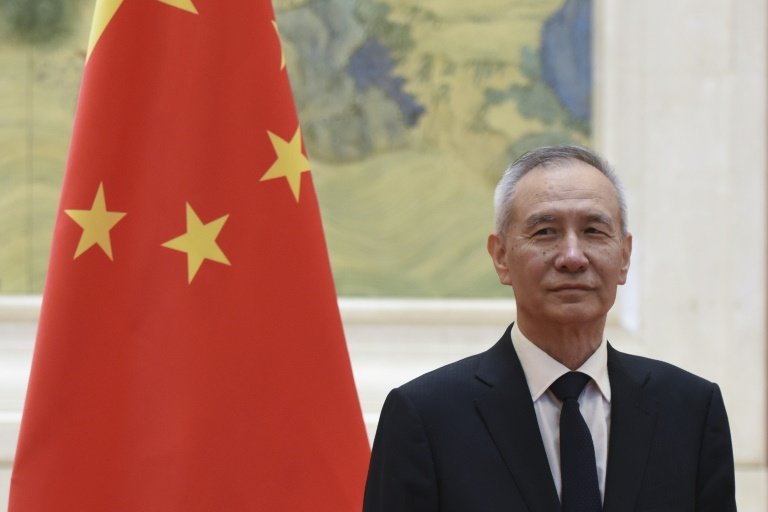 Chinese Vice Premier Liu He will lead a delegation of 30 people to Washington. AFP/WANG ZHAO

Beijing’s trade envoy, Chinese Vice Premier Liu He, will lead a 30-person delegation at the invitation of US Treasury Secretary Steven Mnuchin and Trade Representative Robert Lighthizer, who is heading up the American effort.

At a meeting in Argentina last month, US President Donald Trump and his Chinese counterpart Xi Jinping agreed to bury the hatchet provisionally — with Trump delaying a sharp increase on US duties for $200 billion in Chinese goods until March 1.

Washington has made its demands clear: China must agree to far-reaching “structural” reforms in its trade practices, curbing massive state intervention in markets and the alleged theft of American technological know-how, including through hacking and the forced transfer of intellectual property.

Trump also wants to cut the soaring US trade deficit with China, which in 2017 hit a record $375 billion, not including trade in services.

Since last year, the world’s two largest economies have exchanged tit-for-tat tariffs on more than $360 billion in two-way trade, with the largest amount, more than $250 billion, imposed by Washington.

The American president’s protectionist moves have begun to weigh on the Chinese economy, which last year posted its slowest economic growth in nearly three decades, causing Trump to claim he has the upper hand in the talks.

Commerce Secretary Wilbur Ross said Thursday Washington and Beijing remained “miles and miles” from the finish line in their talks, cautioning against putting too much hope for a final resolution at this week’s talks.

“I think next week’s negotiations will be critical in determining whether the Chinese are willing to talk about any of the structural issues the United States is concerned about,” Edward Alden, a trade expert at the Council on Foreign Relations, told AFP.

Early this month, Chinese officials signaled they were open to reducing the trade imbalance but there has been scant sign of movement on Washington’s tougher demands.

A deal could be especially hard to reach should Beijing prove unwilling to cede any ground on the state subsidies at the heart of Xi’s vision for industrial pre-eminence.

“It will be very difficult to reach an agreement unless the Chinese are willing to address some of those issues,” said Alden.

The Chinese are likely to reject any US demand seen as an obstacle to the “Made in China 2025” strategic plan, according to Alden.

Launched in 2015, the plan aimed to achieve Chinese dominance in cutting-edge technologies likely critical to the future success of developed economies, including robotics, artificial intelligence, aerospace and electric autos.

“‘Made in China 2025’ is a necessary strategy for China to achieve sustainable development,” she said, adding that the general consensus held China could not continue being the world’s factory floor in order to grow.

“China’s transformation to high-end manufacturing and high value-added services is also a step China must go through for its domestic sustainable development,” she said.

Nevertheless, Chinese officials could offer a show of good will. State media last month reported that lawmakers were considering new foreign investment regulations that would ban forced technological transfers — or the requirement that foreign companies fork over intellectual property as a condition for access to the humongous Chinese market.