Edcon gets lifeline from the public, landlords and lenders

Groundbreaking R2.7bn deal will see the PIC, through the UIF, landlords and existing secured lenders rescue the retail giant.

Edcon has been saved. Thousands of workers within South Africa’s largest clothing retailer, its suppliers and even landlords breathed a collective sigh of relief on Friday as the group announced that it had secured R2.7 billion in new funding to recapitalise the cash-strapped company.

The deal effectively means Edcon, which owns Edgars, Jet and CNA, won’t be closing its doors, thus staving off what labour unions claimed would have been the country’s biggest single jobs bloodbath.

Edcon said in a statement that it had secured binding agreements with existing secured lenders, the Public Investment Corporation (PIC) on behalf of its client the UIF and participating landlords, which will result in the implementation of the R2.7bn recapitalisation programme.

Many have called it a major coup for Edcon CEO Grant Pattison. But in an interview with Moneyweb last night, Pattison said: “There’s no way one person could have pulled this off … On a personal level, this has been the most remarkable process that I’ve ever been a part of in business.”

He added: “It was complex with many diverse stakeholders, including existing lenders, unions, the ministries of economic development, labour and finance; the PIC and UIF; participating landlords; and our management team and staff that came together to secure Edcon’s future and ultimately thousands of jobs.”

Pattison, who led JSE-listed retail giant Massmart before it was acquired by Walmart, was brought in by Edcon’s board just over a year ago to lead the group’s restructuring and turnaround. 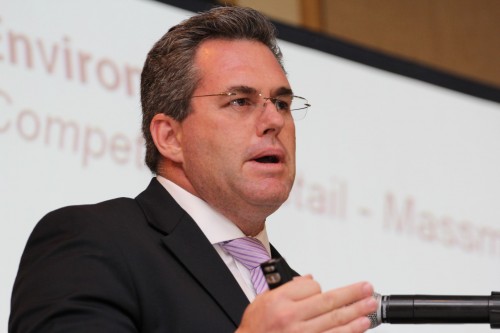 Edcon has been grappling with a debt burden since it was bought out by US-based Bain Capital in a R25 billion private equity deal in 2007. Three years ago Bain cut its losses and transferred ownership of Edcon to several of its creditors. But Edcon still had a sizeable debt burden and was in bad shape operationally, with too many stores, declining sales, lost market share and an incoherent retail strategy.

Over the past year Pattison said that Edcon has made headway on the operational front by focusing on staff and customer service; getting rid of Edcon’s internationally branded stores and focusing on its higher margin local clothing lines; bringing down stock levels; rationalising and upgrading stores around the key Edgars, Jet and CNA brands; and rebuilding Edcon’s credit and insurance division under its Thank U customer loyalty programme.

However, Edcon’s debt burden remained a major issue, with the cost of its restructuring sapping up more cash. Pattison had to find new funds to recapitalise the group and has been in talks with various potential funders for several months.

The three-way new recapitalisation deal took longer than anticipated, with retail and property insiders saying Edcon was teetering on the brink, having not paid some of its suppliers last month.

“Edcon’s businesses are key players in the South African retail market and this is an important turning point for a company focused on delivering growth and creating value for all its stakeholders going forward,” Edcon chairman Gareth Penny said in a statement announcing the agreement.

Meanwhile, asked how the latest funding deal was structured, Pattison told Moneyweb it was roughly an equal split between the PIC/UIF, “participating landlords” and Edcon’s existing secured lenders.

“It’s safe to say all parties were reluctant investors,” Pattison conceded. “This took longer than we anticipated, but they needed to do their due diligence and interrogated Edcon’s management. The banks, PIC and landlords were equally rigorous and it took time to iron out the nuts and bolts of the deal in terms of who gets what share,” he added.

For South Africa’s retail property sector, the agreement is unprecedented and it remains to be seen how Edcon’s competitors and other major retailers respond. Effectively the agreement will see JSE-listed Real Estate Investment Trusts (Reits) and private property companies that lease retail space to Edcon becoming its shareholders. “Between 20 to 30 of our landlords have agreed to be part of the process, but this could increase as some negotiations are still ongoing. Participating landlords have been waiting for our announcement around the overall recapitalisation of Edcon and are now free to make their own announcements,” said Pattison.

Retail-focused Reit Hyprop was the first to confirm on Friday that it had in principle “agreed to support Edcon’s restructuring proposal, with a reduction in rentals, compensated for by equity participation in Edcon”. Hyprop, the owner of Canal Walk and Rosebank Mall, has the highest exposure of any Reit to Edcon, with around 9% of its GLA occupied by the retailer.

Speaking to Moneyweb, Hyprop CEO Morne Wilken would not comment on the value of its stake. However, he said Edcon’s overall funding deal was “exciting and positive” news for the property sector.

Redefine Properties confirmed in a Sens announcement on Friday that it was also party to the Edcon recapitalisation agreement. It said its equity contribution would amount to R54.6 million, in addition to agreed rental reductions up to a maximum of R13.8 million over a two-year period. Redefine is a significant landlord to Edcon, with 78,760m2 GLA exposure.

Pattison said the recapitalisation would result in the removal of all of Edcon’s interest-bearing debt and introduce a new group structure and set of shareholders. “The deal is still subject to the normal regulatory approvals required for a transaction of this nature.”

He said there were no plans currently to list Edcon on the JSE and he was “committed to the business as CEO, as long as the board and shareholders are happy” to see him stay.

Commenting on the deal, retail analyst Chris Gilmour said: “It solves Edcon’s immediate funding problem, which is good. Now Grant can turn his attention to clawing back lost market share … They dodged a bullet with this recap. However, they also need to now reach out to their suppliers whom they left in the lurch in January with no warning. They just did not pay them and that needs to be addressed urgently.” 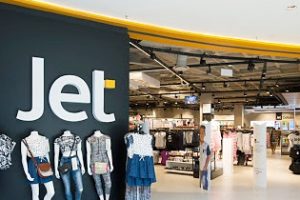 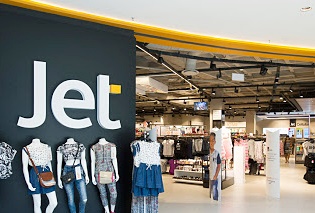