Group and its stablemates not yet out of the woods, however. 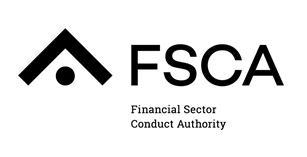 The Resilient group of companies has been cleared by the Financial Sector Conduct Authority (FSCA) of all wrongdoing relating to scathing allegations of insider trading of shares by its key directors and associates – a year after the biggest scandal hit SA’s listed property sector.

However, JSE investors still have to wait for the finalisation of a separate and likely-to-be drawn-out market manipulation probe by the FSCA into companies often referred to as stablemates of Resilient, including the Resilient real estate investment trust (Reit) itself, Fortress Income Fund, Nepi Rockcastle, and Greenbay Properties.

In an update of its ongoing investigation sent out on Tuesday, the regulator says it has closed its insider trading investigation into Resilient, Fortress and Nepi Rockcastle. FSCA investigations are closed once investigators discover no or insufficient evidence to prove wrongdoing by a company.

A cascade of reports compiled by asset managers and research firms, including 36OOne Asset Management and Arqaam Capital, have accused Resilient and its related parties – meaning companies associated with it and individuals close to Resilient executives – of trading large volumes of Resilient, Fortress, and Nepi Rockcastle shares with the intention of artificially boosting share prices. The companies were also accused of using their cross-holdings in each other, transactions such as accelerated bookbuilds and questionable accounting policies to boost profits, dividend payments and net asset values.

These damning allegations led to huge losses for investors as a sell-off in shares of Resilient related companies has ensued since January 2018, wiping more than R100 billion off their market value.

An independent investigation – commissioned by Resilient and led by former auditor-general Shauket Fakie – also cleared the property group’s key directors and related parties of any wrongdoing relating to insider trading and share price manipulation. Market watchers have been highly critical of the independent review, calling it a “whitewash” as its scope was set by Resilient in the first place and its capacity to review individual share trades was limited.

Alex Pascoe, a senior manager in the FSCA’s investigation and enforcement division, says the regulator could reopen its case against Resilient companies if it later discovers insider trading evidence.

“We have many other investigations into the Resilient group [about 13 cases]. In those investigations, we might pick up evidence that would have an impact on a particular investigation we have closed,” Pascoe told Moneyweb.

Although the FSCA’s announcement has been regarded as positive by market watchers for removing a level of uncertainty in the listed property sector, Resilient companies are not off the hook as they still face other damaging investigations from the regulator.

Pascoe said the Greenbay Properties investigation is still ongoing because the regulator is still examining five bookbuilds that the company undertook between 2017 and 2018. He added that it is a complex investigation as the FSCA is working with international regulators to gather information as the company is Mauritius-domiciled.

Lastly, the regulator is still pressing ahead with its separate investigation into possible market manipulation relating to distributing false and misleading information into all four Resilient group companies.

If found guilty of market manipulation, company directors could face administrative sanctions including monetary fines. The findings of the FSCA might be referred to the National Prosecuting Authority, where the directors could face penalties of R15 million or 10 years’ imprisonment.

“These allegations are more complicated and substantial than insider trading,” says Pascoe. “We have various allegations against Resilient. Investigations are confidential.”

The FSCA’s investigation is not centred on the company affairs of Resilient, Fortress, Nepi Rockcastle and Greenbay. It focuses on share trades and disclosure on matters such as director dealings and bookbuilds to determine if there has been market manipulation.

Pascoe didn’t elaborate on when the FSCA’s outstanding investigations might be concluded.

Craig Smith, head of research and property at Anchor Stockbrokers, says the sooner the investigations into the related companies are finalised, the better for investors and the sector.

Both Nepi Rockcastle and Fortress have welcomed the closure of the FSCA’s insider trading probe. Alex Morar, CEO of Nepi Rockcastle, says the company’s directors did not engage in any wrongdoing. “We are comfortable with the way we conducted past bookbuilds and disclosure of director dealings,” he told Moneyweb.

In a statement, Fortress said: “Fortress will continue to work with the relevant authorities and regulators in the achievement of a swift and transparent resolution.”

Resilient declined to comment, with its CEO Des de Beer saying the company is in a closed period. Attempts to get a response from Greenbay were unsuccessful.